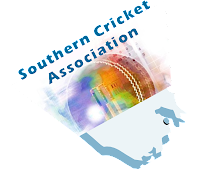 TWO rounds have been played following the resumption of the Southern Cricket Association after the Christmas break.

Round 11 saw Gretna II opener Nathan Rainbird help his side to its first victory of the season, scoring a classic century against the fourth-placed Marquis Tigers at Gretna two Saturdays ago. Rainbird belted the Tigers’ attack to every part of the ground, hitting a massive 16 fours and 3 sixes. “Yes 82 runs came in boundaries” Rainbird’s timing and placement was just superb and he was pleased with his effort: “Yeah I really hit ’em well today. It was great to get my first hundred, but I fell one run short of my dad’s highest score of 101 and he was quick to point it out to me,” Rainbird said of his dad Micky.

The Tigers had won the toss and elected to bat, making a total of 175 for the loss of nine wickets off 35.4 overs (34 extras). In reply Gretna made mincemeat of the Tigers’ total, losing just five wickets and taking only 27. 3 overs to reach the 176 runs (33 extras).

In the other 4th Grade match, ladder leaders Bushy Park defeated Claremont on forfeit. It was great to see the Bushy Park boys head over to Gretna to watch Gretna II get their first win.

In the match at Boyer Oval, Molesworth I lost to the MacKillop Beltas by seven wickets. Molesworth won the toss and elected to bat, scoring 169 from 39.2 overs (20 extras). In reply MacKillop had little trouble chasing down the target and making 171 for the loss of just three wickets (22 extras).

Gretna I took on ladder leaders Sorell at Sorell. Gretna won the toss and elected to bat, making 160 before being bowled out after 34 overs (12 extras). Sorell lost seven wickets before reaching 161 off 41.3 overs (23 extras).

It was a much closer encounter at Gretna with Gretna I defeating Montagu Bay Sharks by 24 runs. The toss was won by Gretna who chose to bat, making a modest total of 155 before being bowled out in 41.2 overs (34 extras). Montagu Bay couldn’t chase the small total and was bowled out for 131 after 37.5 overs (16 extras). Matches between these two clubs are now known as the Ashes, with Gretna the current holder of the urn. A great card night was held after the match with many Montagu Bay players and their families camping the night on the recreation ground.

In a very close match that came down to the wire, Gretna II made it two wins in a row with an excellent win over Sandford at Sandford on Sunday. Gretna captain Ben Shaw won the toss and sent Sandford in to bat where they made 9 for 188 off 45 overs. In reply Gretna made 9 for 189 off 46.1 overs.