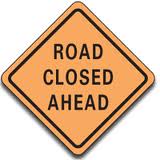 ROAD closures will be reinstated in New Norfolk’s town centre next week to allow for further work at the site of the now-demolished Banjos, Choo Chews and Sintonic shops. Part of Burnett St and one lane in High St will be closed for three days, starting Monday.

Addressing tonight’s public meeting, Derwent Valley Council general manager Stephen Mackey said the site had been completely cleared but it had now been determined that the concrete slab must also be removed. Mr Mackey said a 10m exclusion zone was required due to the plant and equipment that would be on site.

Mr Mackey told the meeting that all contaminated materials from the demolition had been disposed of at the Peppermint Hill tip with the approval of the Environment Protection Agency. He dispelled the suggestion that a development application had been lodged with the council for a new building but said it was his understanding that Banjos wanted to develop the site.

The meeting was attended by about 70 people and lasted 40 minutes. Mayor Martyn Evans opened the proceedings and quickly handed over to Mr Mackey. After Mr Mackey’s remarks the meeting was opened to speakers from the floor.

Mal Geard from GN Electrical was first to speak and said the first action of the meeting should be to thank the various fire brigades which had responded to the emergency, along with representatives of Aurora Energy and Tasmania Police. Mr Geard said thanks were also due to the proprietors of the Cheeky Little Place for their generosity towards the emergency service workers in attendance at the fire. These remarks met with applause.

Keith Russell from New Norfolk Meat Supply decried the lack of information from the council and said he had not been given any advice about whether it was safe for him to open his business, which is located right next door to the fire scene. This was a particular concern given the asbestos contamination issues, he said.

Ray Williams from the New Norfolk Business Alliance said the prolonged road closure’s impact on local traders had been severe. Councillor Judy Bromfield asked why the demolition work couldn’t be done over the weekend and Mr Mackey said this was something the council had no control over.

Greg Hudson from Glasser & Parker asked whether there had been any indication that the affected businesses might relocate to vacant premises in the short term. Mr Mackey said he had spoken to one business owner and left a message for another, offering the council’s assistance. Mr Hudson said the vacant supermarket in the J.G O’Brien building was equipped with a bakery and three-phase power and could be a viable temporary location for Banjos. Mr Mackey said he believed the ovens were still in place.

Addressing the issue of further road closures, Mr Hudson said the council should advertise that the shopping strip was still open and that there was plentiful off-street parking available.

New Norfolk Fire Brigade chief officer Colin Triffitt said he would pass on the thanks of the meeting to the various brigades which had attended the fire. He acknowledged that the Top of the Town Bakery (formerly Dee Jays Bakery) had also provided refreshments during the emergency. Mr Triffitt said New Norfolk was always generous in its support of volunteers and volunteering.

The Mercury newspaper came under fire for continuing to publish the acerbic remarks of columnist Leo Scofield in its Saturday Magazine and the mayor was urged to issue an appropriate response. Mr Mackey said he was aware of at least one real estate sale that had been lost due to Mr Scofield’s column.

A representative of Subway asked what was planned to bring people back into the town. He said much damage had been done by radio broadcasts advising people to stay away due to asbestos contamination.