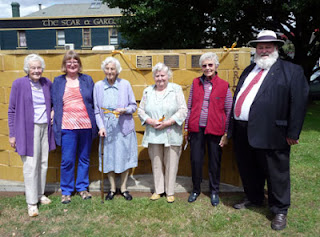 Project manager Ngaire Glover said the Tribute Wall had been proposed by Dorothy Robinson some years ago, but it had taken quite a while for the idea to gain traction. Mrs Glover revived the idea when the Derwent Valley Council asked the community for proposals for funding under the Federal Government’s Regional and Local Community Infrastructure Project. Mrs Robinson and Mrs Glover put a formal grant application proposal to the council and the $11,000 project was approved by the Federal Government in 2011.

The wall has been built on the southern edge of Arthur Square, opposite the Star and Garter Hotel. There are 104 spaces the wall, reserved for the families of early settlers and pioneers. Plaques recording the names of the municipality’s Australia Day Award recipients are to be installed on the other side of the wall.

Mr Adams said New Norfolk was a community that valued its history and it was fitting to have a way to recognise the many pioneering families still living in the area. Mr Adams said he looked forward to seeing more families added to the wall. “Researchers love walls like this,” he said.

The first three plaques record the contributions of the Cawthorn, Laskey and Miller families. Descendants of the three families watched on Saturday as ribbons were cut by Dorothy Cawthorn, Barbara McMaster (nee Laskey) and Lexie Miller on behalf of their respective families. Among the other visitors were former Devonport mayor Mary Binks OAM (nee Laskey).

Descendants of pioneering families are invited to put their name forward to purchase a plaque to add to the wall. For more information contact Mrs Glover on 0419 337 608. 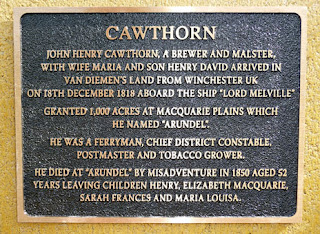 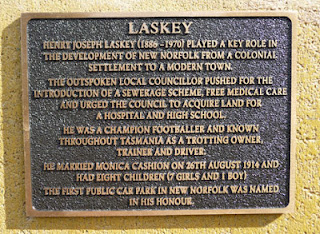 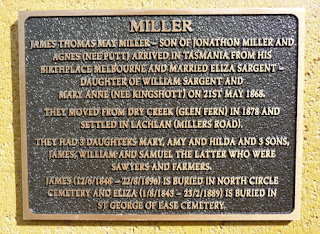