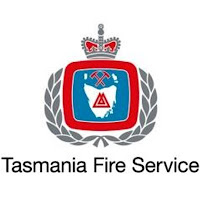 THE 21 hectare bushfire that started at Lachlan last Friday is now regarded as having been extinguished, although the Tasmania Fire Service will continue to patrol the fire over the next few days until it is declared “out”.

A Tasmania Fire Service spokesman said the Jefferys Track fire had been contained through the effective use of aerial water bombers followed up by the rapid response of local brigades.

Three of the four fires that started in the South-West on Saturday are now regarded as extinguished. The 781 hectare fire at Pearce Basin East has a 29km perimeter and is the main focus of firefighting activities in the South-West. This fire has two separate areas which initially appeared likely to merge. Infrared scanning was done yesterday morning to identify the hot spots which are being attended to by Parks and Wildlife Service remote access teams with helicopter support.

The five hectare Twelve Trees Range fire, 38ha Prince of Wales Range fire (3.3km perimeter), and the 12ha Innes High Rocky fire are all regarded as extinguished and will be monitored by patrols over the next few days until declared out.

The Bureau of Meteorology has advised that rising temperatures are expected through the weekend, headed by a front bringing the possibility of more dry lightening strikes. A three-day Total Fire Ban has been declared, starting tomorrow (Saturday).

“Tasmania Fire Service are requesting the general public to ensure that any fires they currently have are completely extinguished before the weekend and to remain vigilant and report any smoke sightings,” a spokesman said. “This would also be a good time to complete, if necessary, or check, your bushfire survival plan. More information on bushfire survival plans can be found at the TFS website.“

The Parks and Wildlife Service has declared campfire bans at a number of sites, not including Mt Field National Park at this stage. More information can be found at www.parks.tas.gov.au