THE union representing Derwent Valley Council staff says it has negotiated a pay rise for most of the workers at the local authority.

Australian Services Union Tasmanian co-ordinator Aaron De La Torre said the union had been working to resolve a dispute over the council’s failure to provide performance reviews in accordance with the staff enterprise agreement.

The union says the council has failed to meet this requirement for an extended period of time – more  than 10 years in some cases, while others have never been offered a performance appraisal in their time with the council.

While no performance reviews will be conducted this financial year, most employees will receive an incremental pay rise from January 1, 2020. The exceptions are: 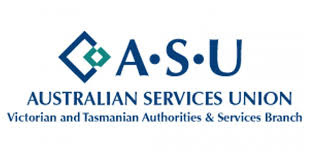 “Those who are already at the top of their band would not have automatically received an incremental increase through a performance review, however, these employees are also being given an opportunity to put a case forward if they believe that their role has changed considerably since their last review,” Mr De La Torre said. “The ASU would assist our members throughout this process,” he said.

“Our negotiations mean that almost all employees will now benefit from an increase in their pay rate and the new performance review process will start next year, with goal-setting early in the year.

The union has also been working with council staff to negotiate for the election of health and safety representatives in their workplaces, including the council offices, works depot and Valley Childrens Centre.