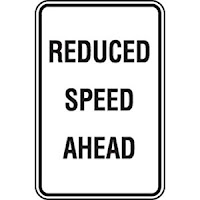 THE public has been invited to have its say on proposed speed limit reductions on two Derwent Valley Council-owned roads.

The council is investigating lower speed limits for the length of Glenora Rd between New Norfolk and Bushy Park, and for Cawthorns Lane connecting Macquarie Plains and Rosegarland.

The council is seeking feedback from residents and road users who travel on Glenora Rd, on its proposal to decrease the speed limit from 100km/h to 80km/h, and to further reduce the limit through Plenty from 80km/h to 60km/h.

“During the design phase of the Glenora Rd improvements program it was identified that the alignment of the road in general does not meet standards set for a road designed for 100km/hr travel,” council operations manager Jamie Craven said.

With a limited budget and the cost of acquiring land to realign the road, the council went ahead with a design that stayed within the current road reserve corridor and is now proposing a speed limit reduction in the interests of road safety.

The council is seeking feedback about the proposed speed limit changes. To have your say in support or in opposition to the proposal, feedback can be emailed to jcraven@dvc.tas.gov.au or posted to Jamie Craven, Derwent Valley Council, PO Box 595, New Norfolk 7140.

The council is also seeking feedback from residents and road users who travel on Cawthorns Lane, Macquarie Plains, on a proposal to reduce the speed limit from 80km/h to 60km/h. The proposed speed reduction is for the length of the road, between Gordon River Rd at Macquarie Plains and the Lyell Hwy at Rosegarland.

“Council has received numerous complaints about accidents caused by speed and single-vehicle accidents with vehicles leaving the road and sometimes going through fences,” Mr Craven said. “In addition there are concerns about excessive dust created by fast-paced vehicle movements. Research tells us that even small reductions of 10 km/h in travelling speeds can lead to significant reduction in incidents.”

Comments about the Cawthorns Lane proposal can be emailed to jdallas@dvc.tas.gov.au or posted to Jess Dallas, Derwent Valley Council, PO Box 595, New Norfolk 7140.

The deadline for both proposals is February 7, after which time council officers will prepare a report for councillors to consider. The final decision about reducing the speed limits would be made by the Transport Commissioner, Mr Craven said.