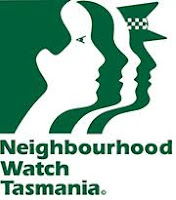 Thieves forced their way into multiple buildings at Fairview Primary School overnight on March 3. A window was broken in the incident.

Personal items were stolen from a vehicle in Charles St, New Norfolk, on March 5.

In High St outside the New Norfolk Hotel on March 9, thieves smashed a car window and stole a mobile phone, keys and papers.

A kitchen window was forced open at a property in Andrews St, New Norfolk on March 13 and two glasses and an Xbox were stolen.

Two chainsaws were stolen on March 11, when a garage roller door was forced open at a Lyell Why property at Ouse.

In Sharland Ave, New Norfolk, on March 17, thieves entered a property through an open kitchen window and stole towels, a clock and a backpack.

A chainsaw and tiller were stolen from a shed at the New Norfolk Golf Club between March 20-23.

A light bar was stolen from a vehicle in Quarry St, New Norfolk, on March 25. On the same day, in Circle St, a vehicle was entered and numerous items stolen.

On March 27 a vehicle in Henry Cres was broken into and the thief stole cash, a Bluetooth speaker and toilet rolls.

Police are eager to hear from any member of the public who may have witnessed any of the above incidents or who have observed any suspicious activity in their neighbourhood. If you have reported a crime that is not included in this list please contact Tasmania Police on 131 444.

For more information about New Norfolk Neighbourhood Watch visit its website or Facebook. To anonymously report crime or suspicious behaviour in your area, call 1800 330 000 or www.crimestopperstas.com.au. To contact police in an emergency, call Triple Zero (000).