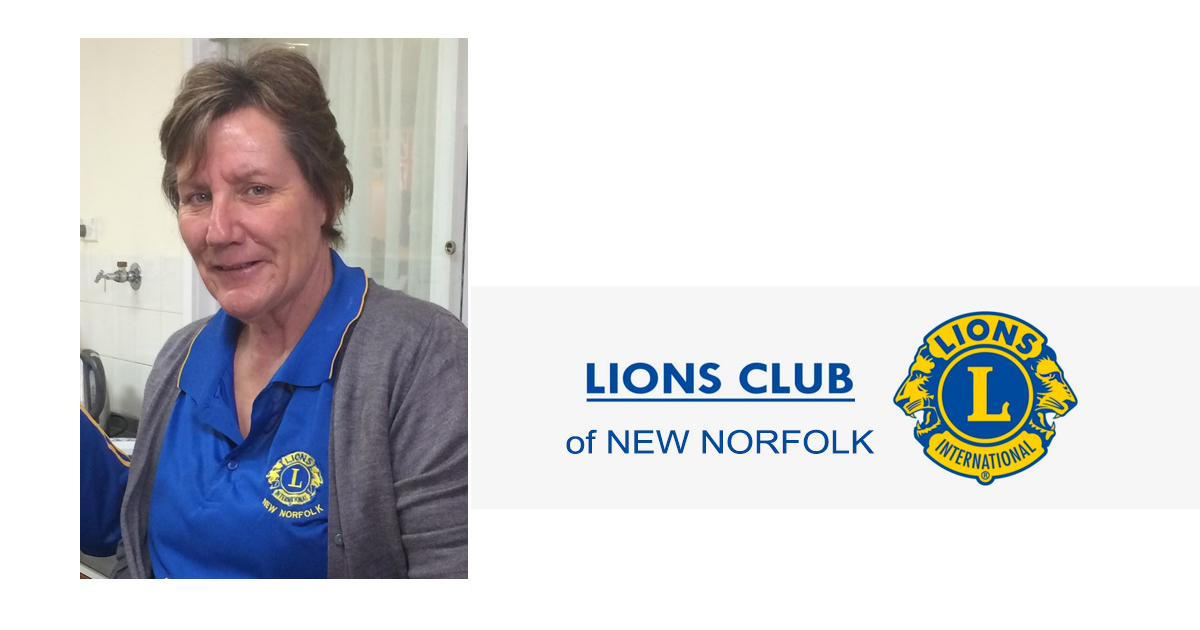 THIS week we continue our member profiles with Kerry Kievit, who is currently our secretary, a hard-working community volunteer, and excellent cook. Kerry was born in Hobart during the 1960s and in her early childhood travelled with her nomadic parents.

The family settled in Hobart in the 1970s where Kerry completed her schooling. She has been married to Michael, also a member of the Lions Club of New Norfolk, for 35 years. They spent much of their married life living on the North-West Coast of Tassie where Kerry worked as a manager in tourism and hospitality.

In 2016 Kerry retired due to multiple sclerosis (MS). With more time for family visits with their son and his family in New Norfolk, Kerry and Michael quickly fell in love with our town. It was an easy decision to move here.

Kerry began her significant local volunteer work soon after she arrived. “After settling in, we decided to get involved with Lions as a way to connect with the community,” Kerry said. “We also felt that even though we are retired, we still had a lot we could contribute,” she said.

Today Kerry carries out the duties of club secretary, volunteers for most events including barbecues, operating the entry gates at Baskerville, selling raffle tickets, and is famed for her delicious two-course home-cooked meals at every Lions meeting.

From July, Kerry will be president of the Lions Club of New Norfolk. MS Limited also benefits from Kerry’s volunteering when she hosts regular face-to-face and telephone support groups and one-on-one support calls.

Kerry has been a member of our club for nearly three years and says: “from my very first meeting I have been made to feel valued. I have met fantastic people and have made great friends while contributing to the community-locally, nationally and globally.

“Of all the things we do and support, as a member of Lions I get the greatest satisfaction when we as Lions are able to supply the community with items they need, such as a blanket warmer for the district hospital,” she said.