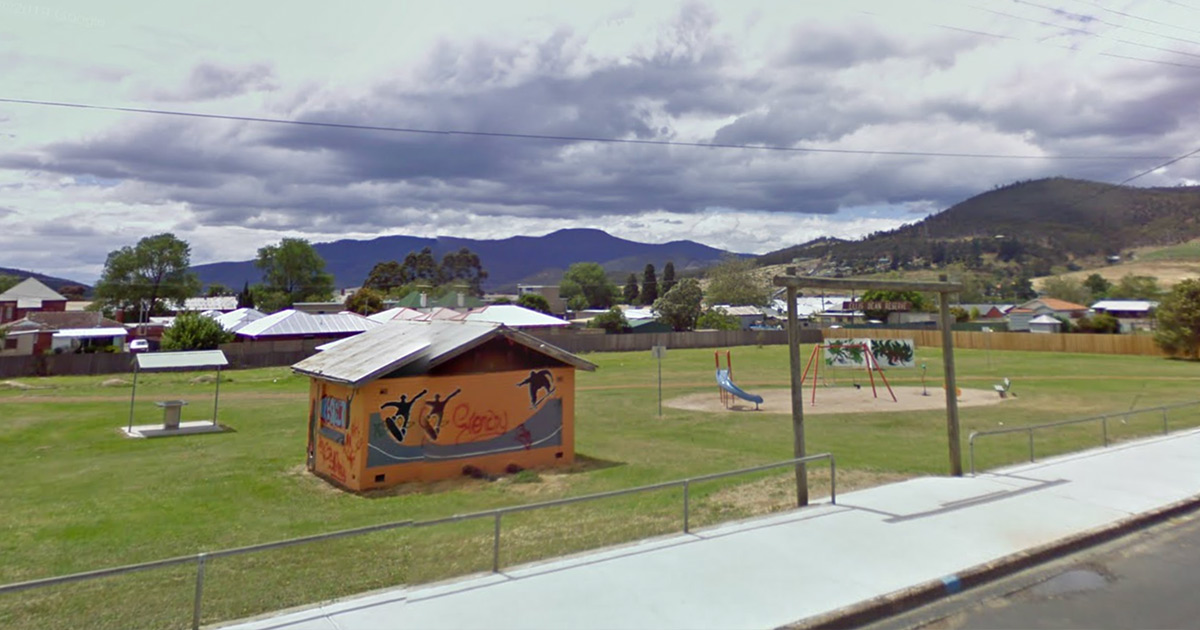 A PLEDGE of in-kind support for future works at a New Norfolk playground has been removed from a report to be presented before the Derwent Valley Council for a second time at this week’s council meeting.

A report on the outcomes of a survey of users of the Ellis Dean Reserve in Blair St was presented to last month’s council meeting, but a decision was deferred after several councillors expressed concern about not knowing what was being asked of them.

When the report is tabled again at tomorrow night’s (Thursday) council meeting, councillors will instead be asked to note the report and acknowledge the work of the Derwent Valley Youth Future Action Team (D’FAT) in conducting the survey and providing a summary for consideration.

The original report by community development officer Bec Tudor recommended that councillors note the results of the survey, and provide in-kind support to maintain and improve the reserve. Councillor Natasha Woods had moved that the recommendation be accepted, and this was seconded by Cr Martyn Evans, but during discussion of the report two councillors said they did not know what was being asked of them.

Ms Tudor’s recommendation was that the council provide in-kind support to maintain and improve Ellis Dean Reserve, where resources exist, approved by the landowner [the Crown], and consistent with the council’s Recreation, Play and Open Space Strategy.

During discussion, Cr Luke Browning said wondered what the limits were to the “in-kind” support. “Am I assuming that the in-kind support that we’ll be putting forward would … actually come out of the operational maintenance budget? Or would it be more along the lines [that] the new public toilets would be more of a capital project so would that mean that would be more in-principle, subject to a plan or a budget for that to come through?”

Mayor Ben Shaw said the author of the report was not present for the meeting. He agreed with Cr Browning that the recommendation was “fairly broad” and the council already provided support through the operational budget. “We do maintain the park and upgrades,” he said. “I’m mindful here that the recommendation actually does say ‘in accordance with the Play and Open Space Strategy’ and some of the things in their report don’t actually come under the Open Space Strategy, so it’s kind of contradictory to the to the report and the survey.”

Cr Browning said he was quite concerned about what he was being asked to support, with the survey making reference to new public toilets at Ellis Dean Reserve, which would be an expensive undertaking.

Executive manager Richard Blackwell said the council had a number of facilities that needed upgrading before looking at new facilities. “We’ve certainly looking at a strategy of working through the replacement of our buildings and the like, and … new facilities probably don’t fit into that in the immediate future,” he said. “However, there may be some ability, as Cr Evans has pointed out, to partner with Ptunarra or the SES for them to have facilities that are open.”

Cr Frank Pearce then moved that the report be deferred and additional information sought before a decision was made. This was seconded by Cr Browning and the motion to defer was carried unanimously.

Earlier, Cr Shaw had noted that the D’FAT survey had been conducted prior to the council’s own Public Open Space strategy and he questioned whether the need for public toilets at the park had been identified in the latter process.

Cr Woods said she felt Ellis Dean Reserve needed to be more family-oriented, and toilets were an important factor. Responding to a question from Cr Shaw, Mr Blackwell said the need for toilets had not been “part of the conversation” during the Public Open Space Strategy but there had been areas of agreement in both surveys, such as the need for tree planting and extra furniture.

Cr Martyn Evans said the D’FAT survey contained some interesting information and had probably reached some section of the community which probably did not participate in the Open Space Strategy. “Toilets are always something that towns and villages and municipalities are actually rated on, and it’s very close to the childcare centre. Maybe there’s an opportunity to retrofit, say, the SES building, with a toilet facility somehow in there to assist in that,” Cr Evans said.