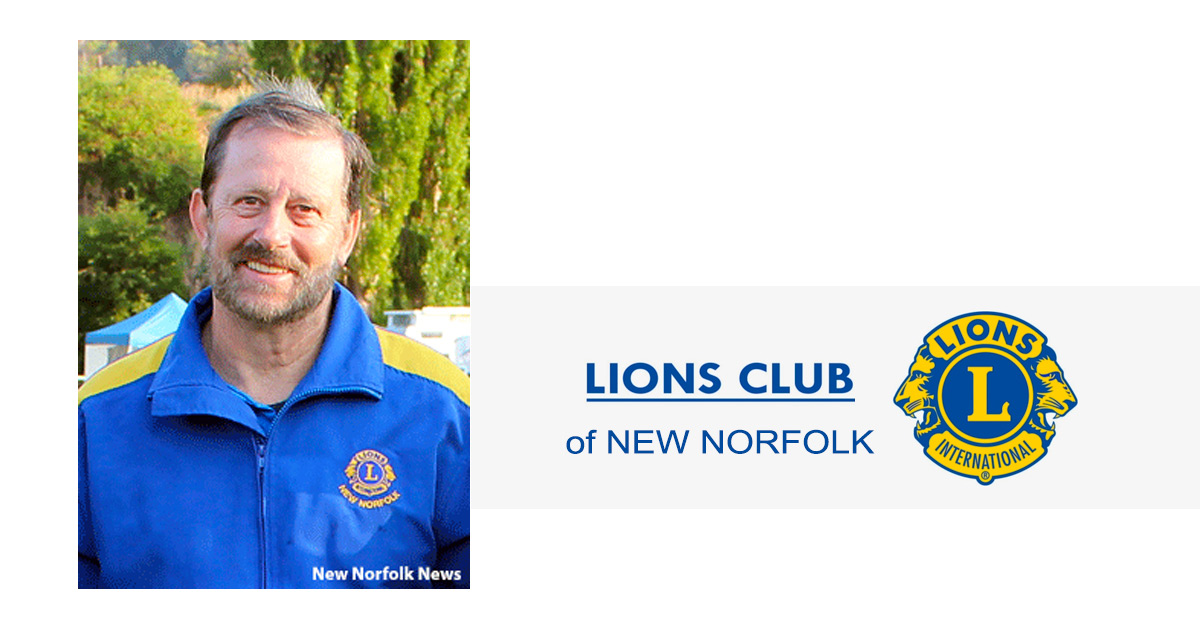 ROGER Triffett has been an enthusiastic, easygoing and industrious member of the Lions Club of New Norfolk for 36 years. Over that time, he has worked on hundreds of Lions projects.

These days he leads the Lions barbecue team and is most often seen turning onions and sausages over a, sometimes smoky, hotplate. Roger is also currently a board member, a position that he has held on and off over the years.

Born and raised in New Norfolk, Roger’s work ethic developed early, “Our family farm had sheep, cattle, an orchard, market garden and wood,” he said. “It kept the whole family busy and there wasn’t much time for anything else. Later, Dad became the head gardener at Boyer, so when I was 15 and 16, I worked with him in the school holidays.”

When Roger left school he started working full-time. “I had just turned 17, when I started at the Royal Derwent Hospital where I completed training as a psychiatric nurse. [Back then] it was either Boyer or the Royal Derwent,” he said.

It was at the Royal Derwent where Roger met Julie, who was also a psychiatric nurse. They married in 1975 and had two children, Melanie and Nathan. Roger worked in the 26 wards of the Royal Derwent Hospital and Willow Court Centre for 36 years before they closed in 2000-01.

He also spent short periods working in other facilities across the state working on medical escorts. From 2001, after Royal Derwent closed, he worked in a private group home until his retirement six years later.

While working at RDH, Roger was sponsored by Greg Hudson to join the Lions, “I was working as a nurse but I wasn’t doing anything tangible,” he said. “In 1984, I joined Lions to build things and be part of Lions projects. There’s a real satisfaction in standing back and looking at what you have built when it’s finished.”

Roger’s stand-out memory to date is helping to save the sight of a five-month old boy from Bridgewater. “We worked with the Lions Eye Diagnostic Centre. Tests had shown that the boy needed to have congenital eye cataracts removed immediately or he would lose his sight.

“We donated funds so that the family could travel to Melbourne and have the hospital costs covered. The surgeon operated without charge, resulting in 80 per cent of the child’s vision being restored.”

Roger would like the club to have more opportunities to do work such as this. “Times have changed. There are more organisations that support urgent medical care. We don’t do as many building projects in the community because of changes to rules about training and certificates for insurance purposes. I think that we need to consider these changes and make some decisions to ensure that the money we raise continues to go to the most important things.”

If you would like to know more about the Lions Club of New Norfolk contact membership officers Greg Hudson on 6261 1329 or Troy Bester on 0401 064 172.
Lions Australia. We serve (more than sausages).