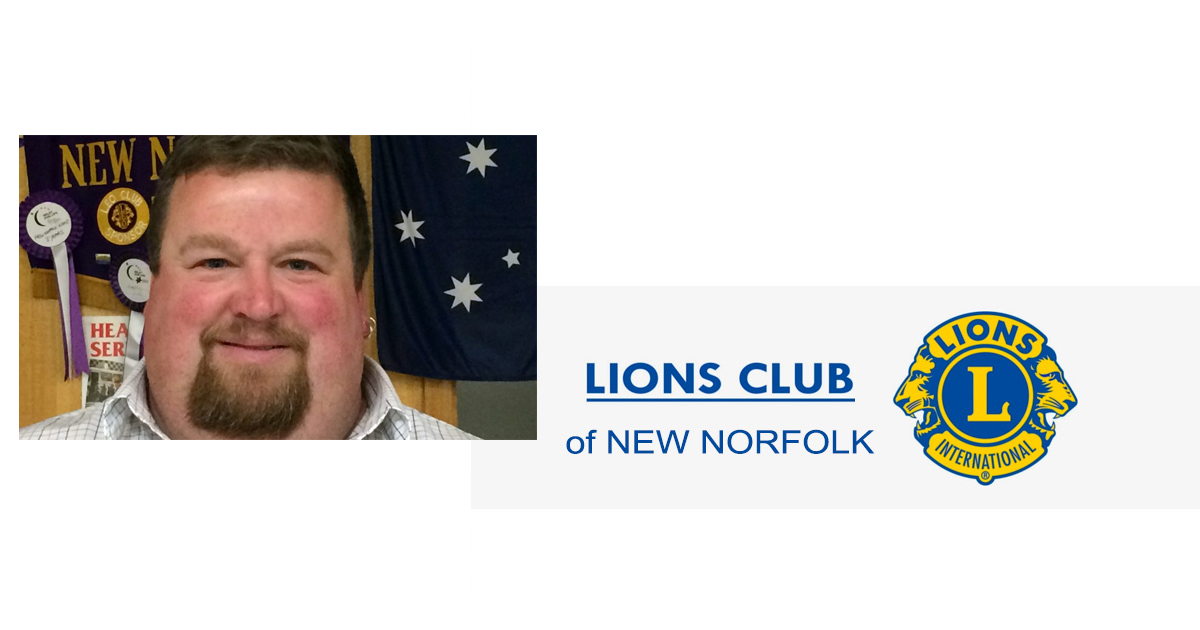 SOME of Troy Bester’s earliest memories are of being with his grandfather, Sam Wilton, at Lions Club activities.

“I remember, when I was about eight or nine, helping with the chocolate wheel, collecting sheep dung to sell and we went to all the family nights,” Troy said. “Back then we used to have Lions family nights every three months.”

Troy was born in Queensland but has lived all but the first two weeks of his life in New Norfolk. He attended St Brigid’s Catholic School, New Norfolk High School and Claremont College. After leaving school, Troy completed an Information Technology Diploma as part of his work in a small IT team with a construction company.

He then worked at a dementia-specific aged care home in Hobart for 10 years, during which time he completed studies to become an enrolled nurse and volunteered with the Tasmanian Ambulance Service. For the last two and a half years Troy has worked as a supervisor for Rayner Transport.

Following the family tradition, Troy became a member of the Lions Club of New Norfolk 18 years ago. “I joined because my grandfather was a member. I grew up around it and enjoyed it. I still enjoy the fellowship and helping people,” he said.

On June 30 Troy will complete a two-year period as president of the club. For much of his time in Lions, Troy has been on the board of directors and held senior positions such as president, vice president, secretary and assistant treasurer with the club.

He has also held several district and zone positions, including Zone Chairman for two years from 2015. His project responsibilities have included Carols in the Park, the print shop, the truck and train, and editing the District Newsletter.

Troy’s strong commitment to volunteering in this community motivated him to also join the Derwent Valley State Emergency Service and the Lachlan Fire Brigade five years ago.

Lions continues to be a family affair with Troy’s mum Margaret, also a member and his son, Riley, 18, often working as the Chocolate Wheel runner distributing tickets between the van and the sellers.

In the coming years, Troy would like to see the Lions Club of New Norfolk continue to thrive and grow. “We had 40 members when I joined. It would be nice to see the membership get back to that number.”