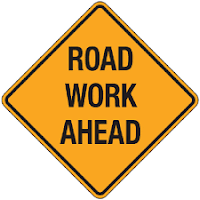 LANE closures and a reduced speed limit will be in force at the roundabout at the New Norfolk Bridge from June to August while essential roadworks are carried out.

After repeated attempts to patch the several failures in the road surface surrounding the roundabout near St Brigid’s Catholic School, the State Government has now funded essential maintenance and sealing to improve the condition of the surface.

Shaw Contracting will carry out the work for the Department of State Growth. The roundabout is at the intersection of the Lyell Hwy, Blair St and Montagu St, immediately south of the New Norfolk Bridge.

A spokesman said the work will strengthen and improve the condition of the road surface for all road users. Construction is scheduled to start on June 8 and will finish in August, weather permitting.

The work will be carried out between 7am and 6pm, Monday to Friday, and on some Saturdays if required. There will be single lane closures and a reduced speed limit during the works. Road users have been advised to allow up to 15 minutes extra if travelling through the work site.

Major patching was carried out to the road surface at the corner of Hobart Rd and Plunkett St, last week, where this year’s construction of a turning lane into Glebe St had resulted in the through traffic being forced onto the weaker shoulder of the road.

Following road surface repairs and resealing on Boyer Rd at Boyer, and between Bridgewater and Boyer in recent weeks, the Department of State Growth is now grading the shoulder along Boyer Rd. A reduced speed limit is in place, with frequent lane closures to be expected between 8am and 5pm, until June 17.

Road surface repairs have also been carried out on Hobart Rd at Sorell Creek and Granton in recent weeks.