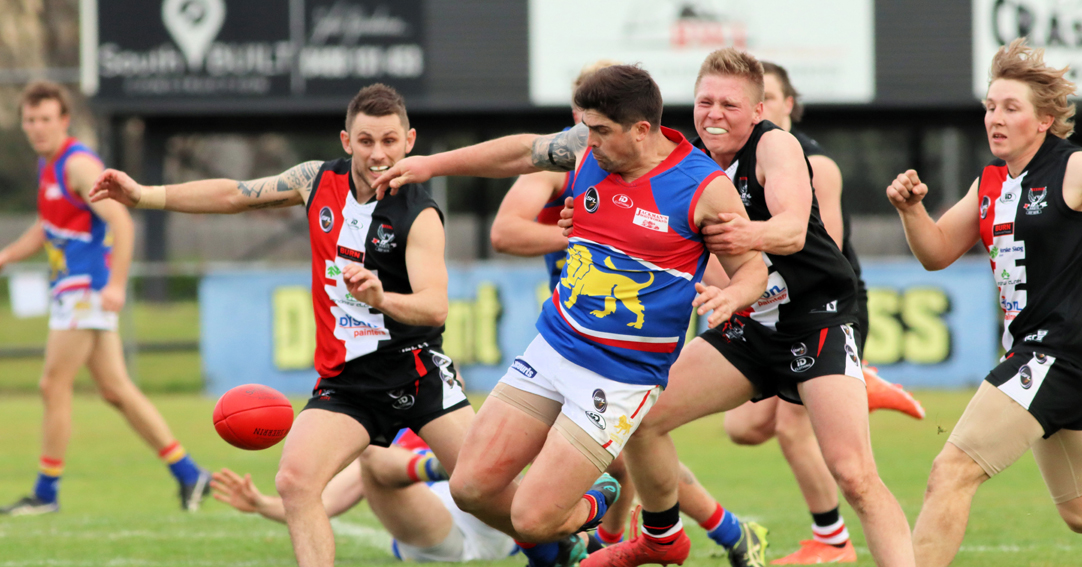 AFTER months of uncertainty and under strict conditions and significant restrictions due to COVID-19, community football finally got under way at Boyer Oval on Saturday. New Norfolk had the unenviable task of taking on last year’s grand finalist Huonville in the first round of the shortened 2020 Southern Football League season.

The Eagles welcomed the Huonville Football Club to the Derwent Valley in a senior game that would be a good indication of where we are at, with some new players lining up for their first game with us. The SFL must be congratulated for its persistence and effort in working through all the issues and pushing for a successful return to grass roots football.

The SFL and all clubs should be proud of this significant achievement and the number of supporters attending games clearly demonstrates how highly valued grass roots football is in local communities. AFL Tasmania should also be thanked for their support and assistance to the SFL and all member clubs in these difficult times.

SENIOR GAME: The local match of the day, between New Norfolk and Huonville, got away in sunny conditions at Boyer. In the first quarter, with New Norfolk kicking to the change room end, Huonville attacked consistently for the first 10 minutes of the game, but the Eagle backline really stood up in this period.

The home side then started to run the footy through a dominant centreline to attack, and with forwards fighting to keep the ball within their 50-metre arc, gradually got on top to lead by eight points at quarter time.
During the second quarter the Eagles really put the pressure on their more fancied opponents and, after kicking four goals to two in a hard-running quarter, led by 19 points at half time.

It was the third quarter where the local boys turned up the heat with their hard running all over the ground, and Ben Lovell in the ruck doing a sterling job giving the Eagles first use of the ball. With the half-back line attacking the ball and great tackling moving the ball forward where Marcus Parker took some great marks, the Eagles kicked six majors to 1 to take a commanding lead of 49 points into three-quarter time.

The game was set up for the boys from Boyer to go on and have a good win against the grand finalist of last year and this they did with Huonville fighting all the way. The Eagles finally ran out winners by 49 points, which must please coach Josh Clifford. The strength and speed of our midfield and the rotations by bench coach Robbie Iles was a highlight and should continue to be a factor in future games.

RESERVES: The Reserves had their first game of the season against 2019 premiers the Huonville Lions. It was a ding-dong battle from the start with both teams giving their all and finishing in a well-deserved draw.

Clinton Curtain was a massive pick up for the Reserves, kicking five goals straight. Our midfielders created great pressure around the ground all day. Captain Tyler Purdon and vice-captain Tom Bligh stood up in the backline when it mattered most. Young Jack Hills was instrumental, playing the whole game on a wing and doing a massive job in the team structures. Coach Corey Ransley does not think he will be keeping him in the Reserves for long as he shows great quality for senior football.

WOMEN: What an interesting season 2020 has been so far. Covid-19 disrupted training for weeks on end and there are lots of new faces on the women’s team, most of whom have not played Australian Rules before. The second game for the season being played on our home ground at Boyer did not turn out the way we wanted.

There was a good crowd, the sun was shining, and spectators were reminded to social distance. It was all a bit strange. Huonville came out looking strong and scored very quickly. The New Norfolk girls fought hard, but inexperience showed. The back line was kept busy, but they never gave up.

Coach Craig Coppleman has gone back to basics with the girls and is looking forward to improvement as the season progresses. The final score was Huonville 130 points to New Norfolk 0. Best players for New Norfolk were Hannah McMaster, Kelly Maddox, Sarah Cantrell, Linda Walker, Kaitlin Rainbird and Bronte Clark.

COLTS: A good, strongly contested game in the Colts’ division resulted in a Huonville victory by five points. In shades of the week before, New Norfolk lost its way in the third quarter. A gallant fightback in the last quarter was not enough as the boys fell short by five points.

Over all, it was a good effort and following a win last week the boys have started the season in great style. With new faces in the team, coach Paul Clark is looking forward to improvement as the season progresses.

The New Norfolk District Football Club thanks Greg Chaplin, Linda McKenzie, Corey Ransley and David Banks for their match reports and also sincerely thanks all volunteers who worked tirelessly over the last few weeks and on game day to ensure we complied with all the COVID-19 restrictions and to make Saturday such a great success. There are way too many to name individually, but you know we greatly appreciate you all.

This weekend all four New Norfolk teams have a bye. On August 8 we travel to Pontville to do battle with the Brighton Football Club. Our women play at 10am, reserves at noon and the seniors at 2pm. We hope to see many of our supporters there.