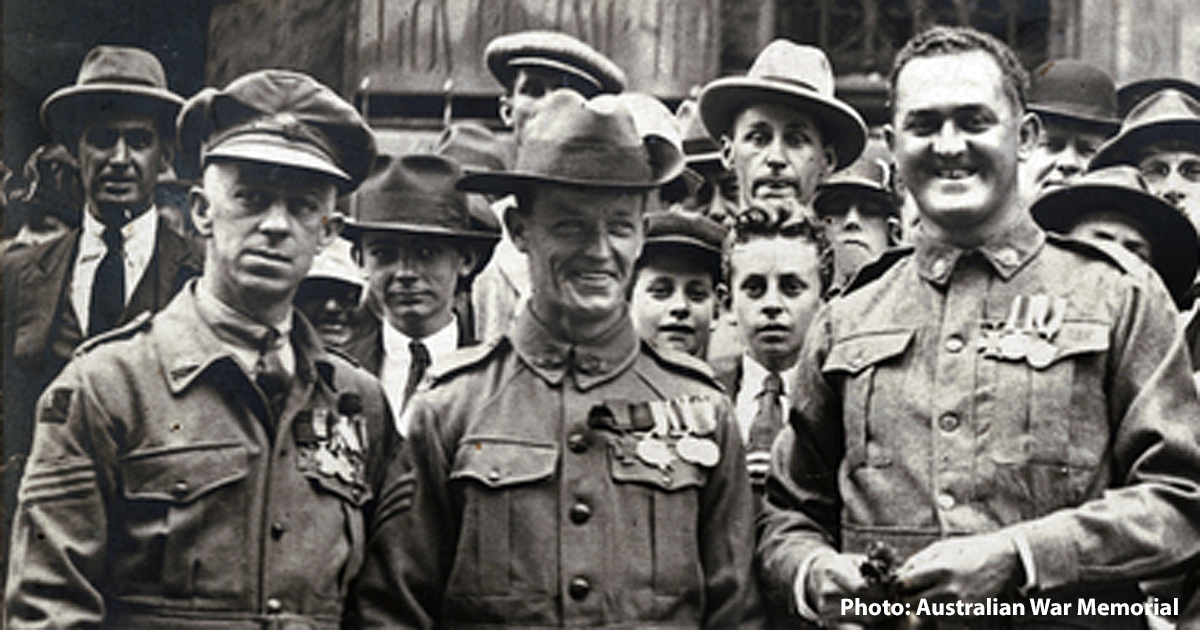 TODAY marks the 102nd anniversary of the act of heroism that earned New Norfolk-born Wally Brown the Victoria Cross. On July 6, 1918, Brown was serving with the Australian Army at Villers-Bretonneux, France, when he single-handedly decided to deal with an enemy sniper who was causing trouble. Discarding his rifle and running towards the sniper’s post, Brown threw a grenade which fell short. On reaching the enemy position he attacked a German with his fists and threatened the others with his remaining grenade. They all surrendered.

Walter Ernest Brown was born at New Norfolk on July 3, 1885, the son of timber miller Francis Sidney Brown and his wife Agnes Mary (nee Carney). Wally had attended school at New Norfolk before working in a grocery shop in Hobart. He had moved to Sydney in 1911 where he worked in a Petersham grocery store until he enlisted for service in World War I with the Australian Imperial Force. His bravery and determination saw him awarded the Victoria Cross and the Distinguished Conduct Medal. He joined-up for World War II, giving his age as 40 instead of 54, and was last seen walking towards enemy lines, grenades in hand, when Singapore fell to the Japanese in 1942.

VICTORIA CROSS CITATION: The company to which [Brown] was attached carried out during the night a minor operation resulting in the capture of a small system of enemy trench. Early on the following morning an enemy strong post about 70 yards distant caused the occupants of the newly captured trench great inconvenience by persistent sniping. Hearing that it had been decided to rush this post, Corporal Brown, on his own initiative, crept out along the shallow trench and made a dash towards the post. An enemy machine gun opened fire from another trench and forced him to take cover. Later he again dashed forward and reached his objective. With a Mills grenade in his hand he stood at the door of a dug-out and called on the occupants to surrender. One of the enemy rushed out, a scuffle ensued, and Corporal Brown knocked him down with his fist. Loud cries of “Kamerad” were then heard, and from the dug-out an officer and 11 other ranks appeared. This party Corporal Brown brought back as prisoners to our line, the enemy meanwhile from other positions bringing heavy machine-gun fire to bear on the party.

Read more in our earlier story about Wally Brown here. He is one of three Victoria Cross recipients with close connection to the Derwent Valley (along with Percy Statton and Jack Dwyer) but is the only one born in the district.