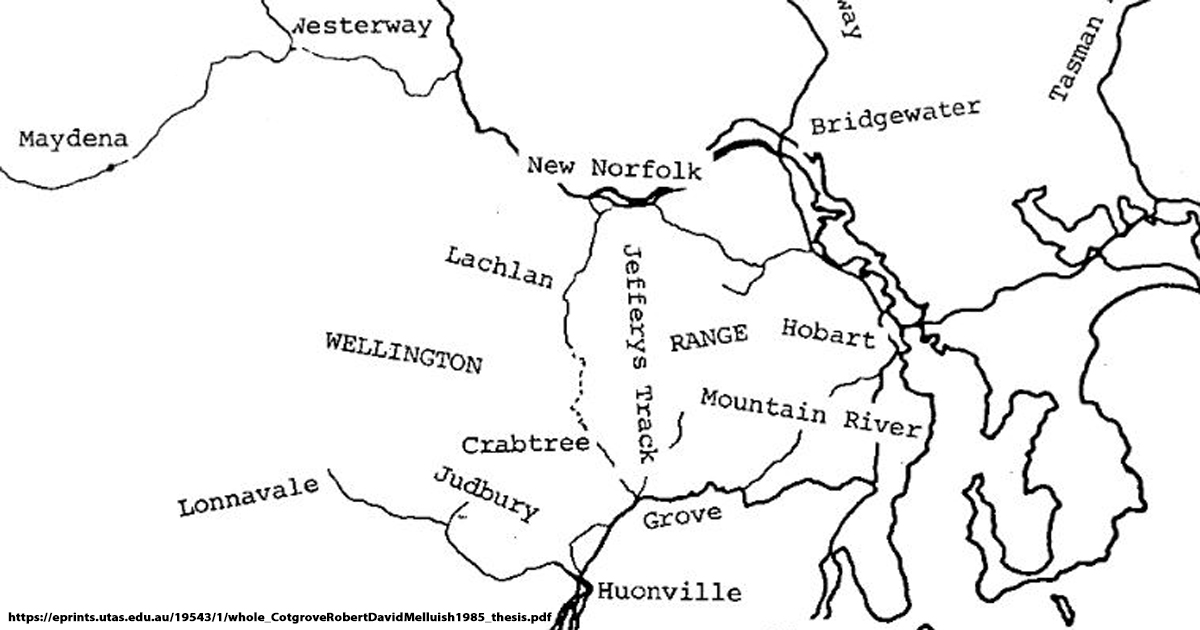 THE Lachlan route to the Huon Valley will be investigated for its potential to bring business, leisure and social benefits at both ends of the road. Regarded as the “missing link” between the Derwent and Huon Valleys, Jefferys Track has been the subject of investigation for more than a century.

“A transport link between the Huon and Derwent Valleys has potential to bring significant business, leisure and social benefits for our communities. In addition, the current state of Jefferys Track is problematic as it is impassable in places. A decision needs to be made on whether to maintain or upgrade the route, and whether it is a viable option to link the Valleys.”

Community and industry consultation will take place in the second half of this year with the aim of:

The planned forms of consultation include a series of interviews, workshops, public meetings, and an online survey. To be involved, contact Deloitte Access Economics on 9667 5040 or email jefferystrackconsult@deloitte.com.au to register your interest.

Acting Huon Valley mayor Sally Doyle said councillors would consider the results of the consultation together with all aspects of the potential upgrade which will be covered in the feasibility study, such as construction costs and routes, and impacts on adjoining landowners.

“At this stage, no decisions have been made about the future of Jefferys Track,” Cr Doyle said. “If the feasibility assessment is positive and both councils agree to proceed with the upgrade, the next steps will involve more community consultation and the completion of a detailed route analysis and environmental studies.”

In his 1984 Master of Transport Economics thesis, Bob Cotgrove noted that the distance between the Lyell Hwy at New Norfolk (Hobart Rd/Glebe Rd junction) and the Huon Hwy at Grove, was about 29km when travelled via Jefferys Track, compared with 70km via Hobart.

Mr Cotrove described Jeffreys Track as the shortest and most feasible of four potential connections between the Derwent and Huon Valleys. The others were a fire trail providing “a rugged 12km connection” between Collins Cap and Mountain River; a trail connecting Glenfern and Judbury; and a link between Maydena and Lonnavale through the Snowy Range. Since that time, the Glenfern/Judbury route has been developed as the Plenty Link Rd, an unsealed log truck route, but a study in 2014 found it was not feasible to upgrade it for tourist traffic.

In his thesis, Mr Cotgrove costed the Jefferys Track project at $6 million in 1984, with about half of that needed to build the 7km “missing link” section, an area he described as “formidable” from a road construction point of view. Read Bob Cotgrove’s full thesis here.