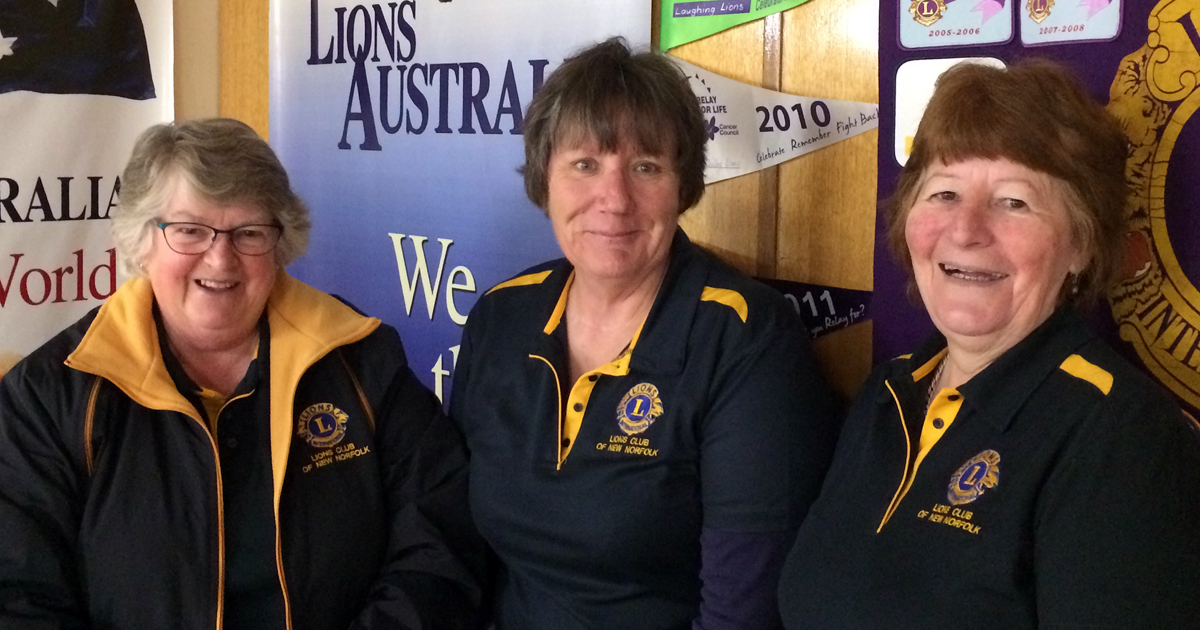 WOMEN are this year holding the top three leadership positions at the Lions Club of New Norfolk, a landmark event in the history of the club. As of July 1, Kerry Kievit holds the position of president, Margaret Bester is secretary and Denise Smith is the treasurer.
Women have always been an essential part of the club even though they couldn’t become members before 2000. Instead, the Lions Ladies Auxiliary helped out on fundraisers and working bees, and had their own projects.
When women became full members of the club, they soon took on both board and executive positions. Sandy Carmichael was the club’s first female president and served in that role from 2008 to 2010 and again from 2015 to 2017. She was followed by Fiona Cardwell as president in 2017/18.
“With women making up 28 per cent of our membership, the Lions Club of New Norfolk mirrors what’s happening in Lions across the world,” secretary Margaret Bester said. “Women are the fastest growing group comprising 25 percent of club members internationally, up from 13.7 percent in 2003,” she said.

President Kerry Kievit affirms the importance of encouraging more women to join local Lions. “We are proud of the contribution made by all members of our Club. We also know that we need to continue to encourage women of all ages in our local community to consider how Lions can support them in their own aims for community service and for leadership opportunities and development,” Mrs Kievet said. “It’s a great way to gain confidence and make a contribution with other local women and men.”
Lions International and Lions Australia encourage and support more women to join their local clubs through the New Voices Initiative which started last year. It promotes gender parity and diversity and seeks to increase the number of women, young adults and underrepresented groups within Lions.
If you have been wondering what it’s like to be a member of the Lions Club of New Norfolk, contact Kerry Kievit on 0409 792 007 or Greg Hudson on 0418 127 439 for more information.