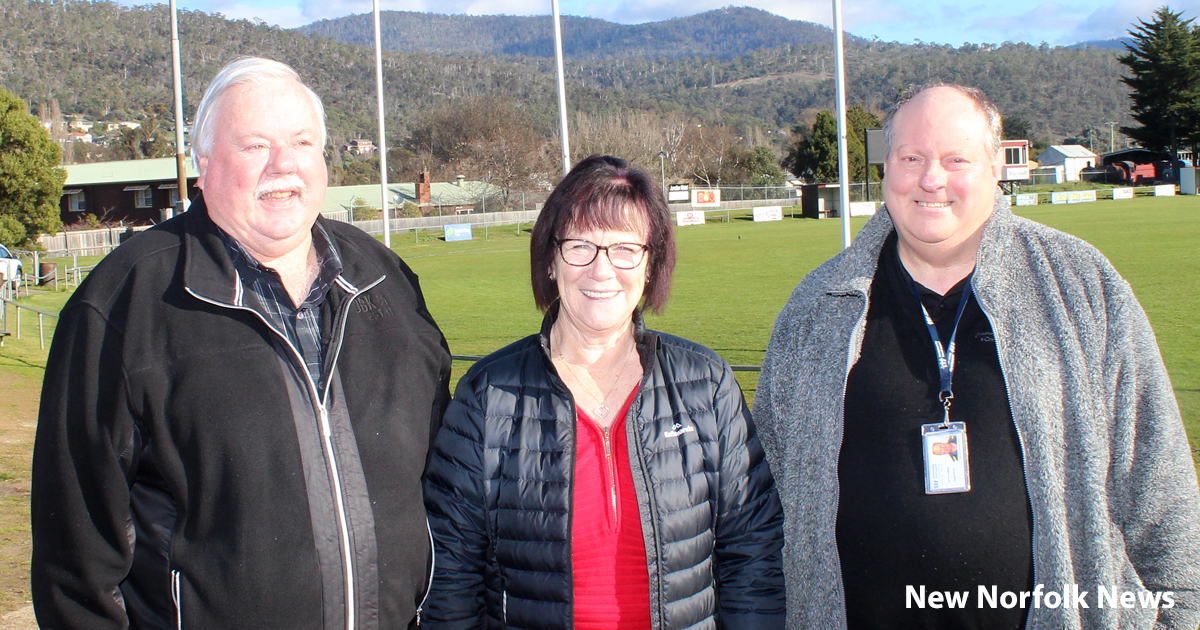 FOOTBALL returns to the Derwent Valley today with four big games between New Norfolk and Huonville at Boyer Oval. The colts and women’s teams have already played, and the reserves and seniors are set to take to the ground at 12.30 and 2.30 respectively.

The delayed start to the season is due to the coronavirus pandemic, which resulted in the Southern Football League deciding on March 18 to accept the recommendation of the AFL to suspend all games until May 31. All AFL Tasmania offices were temporarily closed, including the SFL office at the Southern Hub at North Hobart.

“It remained the SFL Board’s strong desire to play football in some format during 2020 if it was safe and financially viable to do so,” SFL president Russell Young said this week. “The clubs were united and worked collaboratively to achieve our goal of providing an opportunity for our players and communities to participate in our great game,” he said. “Through AFL Tasmania and the SFL Executive, the clubs were provided regular updates regarding COVID-19 and the ever-changing protocols. The SFL Board began work on ways to undertake a sustainable and safe season and commenced work with sponsors and partners to ensure a reduced season would be viable.

“It was heartening to see club presidents and coaches start discussions with their players on reducing player payments. To those coaches and players that came forward and offered their services voluntarily for 2020, you should be commended for your actions in light of uncertain times. To reduce costs for clubs, players pledged to play the first four games for nothing. AFL Tasmania announced that they would cover all insurance costs for players in 2020 which in-turned allowed the SFL to rescind the player registration fee for 2020 and all club subsidies were removed.

“The clubs commenced discussions with their ever-important volunteers. Year in year out these people are the heart and soul of all clubs and this year they would be called upon to go even further than before to provide more time. The importance of club volunteers can never be truly recognized or rewarded. As other competitions made the call to abandon their 2020 season, the SFL continued to push on even with the uncertainty of COVID-19. On the 22nd of June, the SFL Board made a unanimous decision to proceed with a reduced season with 36 teams across all grades. This was a monumental outcome and showed the passion, unity, and the strength of the SFL competition.”

Mr Young said every club from its president and committee members, to the players, volunteers and supporters, should be incredibly proud of their contribution. “The fact that we were able to achieve this within our own means and by mainly volunteer hours is an outstanding achievement,” he said. “COVID-19 has provided many challenges and it may continue to provide many more, but I now implore all football supporters of community football to attend a game buy a sav, coffee or beer and enjoy community football at its best. Remember the rules and appreciative and acknowledge those volunteers that are providing their time for our great game.

“I would like to take this opportunity to show my appreciation to all those involved that worked tirelessly behind the scenes to get this season to its current position. I would further like to wish our clubs a successful season on and off the field. Thank you to all sponsors … for sticking with us during uncertain times.”