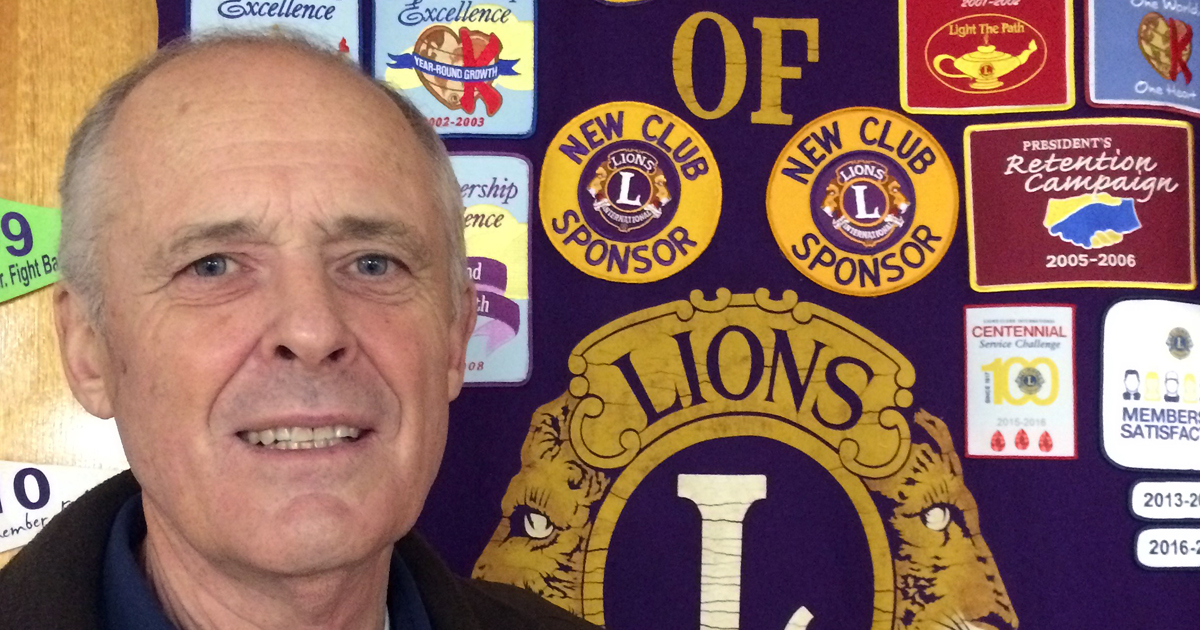 CRAIG WATERHOUSE is a dedicated, passionate New Norfolk Lions Club member and an engaging storyteller who has brought humour and entertainment to meetings and activities for nearly 40 years. He has been on the board of directors for 13 years.

Growing up in Devonport, Craig has fond memories of spending time at his grandparents’ farm which was in the middle of the town and just around the corner from his family home. He attended Devonport Primary School and Devonport High School.

“When I left school, I started working at Wyllie Tiles but that work wasn’t for me so I applied to join the Tasmanian police force. In those days you could join as a junior constable at 16 years of age,” Craig said.

Craig was initially trained at Launceston and Hobart before being transferred to Burnie and then to Queenstown where he met and married Beth. The couple moved to Devonport where their two children, Tanya and Matthew were born.

In 1980, a promotion to senior constable at Wynyard preceded his appointment as sergeant at New Norfolk in 1982. “I really enjoyed New Norfolk,” he said. “We were there for six and a half years. It was my longest stint.” In 1987 Craig transferred to Hobart where he was later made inspector. From 1998 to 2002 he was in charge of Bridgewater Division which encompassed the central part of Tasmania, including the New Norfolk sub-division and its several outstations.

This further enhanced his community contacts in our region. When transferred back to Hobart, Craig undertook a position overseeing community policing which included the role of multicultural liaison officer. This position also involved close liaison with all Australian states and territories.

Craig retired in 2010 after serving 40 years with Tasmania Police. While stationed In New Norfolk, fellow police officers Brian Parker and Peter Birchall introduced Craig to the Lions Club, which he joined in 1982. “It was a country town, a good town to live in. Lions was involved with many things. I remember collecting sheep manure with the kids and Beth burning all of our clothes when we got home!”

Craig and Beth moved to Lindisfarne in the late 1980s but he maintained his membership of the Lions Club of New Norfolk. Over the years, he has served in most positions within the club including president in 1990/91 and 1999/2000. A highlight of Craig’s time in Lions has been attending district conferences. He is also proud of his role in the Club’s 5oth anniversary celebrations in 2018. “We put a lot of effort into contacting people who had been members over the years. In particular, Des Graham who was 92 years old at the time, came down from Queensland. His son accompanied him on the trip to attend the celebration dinner.”

Craig hopes that the future will bring new members to the club. “When I joined there were about 46 members,” he said. “It would be great to introduce new members to generate new energy and enthusiasm and to take on positions in the club.” If you would like to know more about the Lions Club of New Norfolk please contact Greg Hudson on 6261 1329 or Kerry Kievit on 0409 792 007. Lions Australia. We serve (more than sausages).