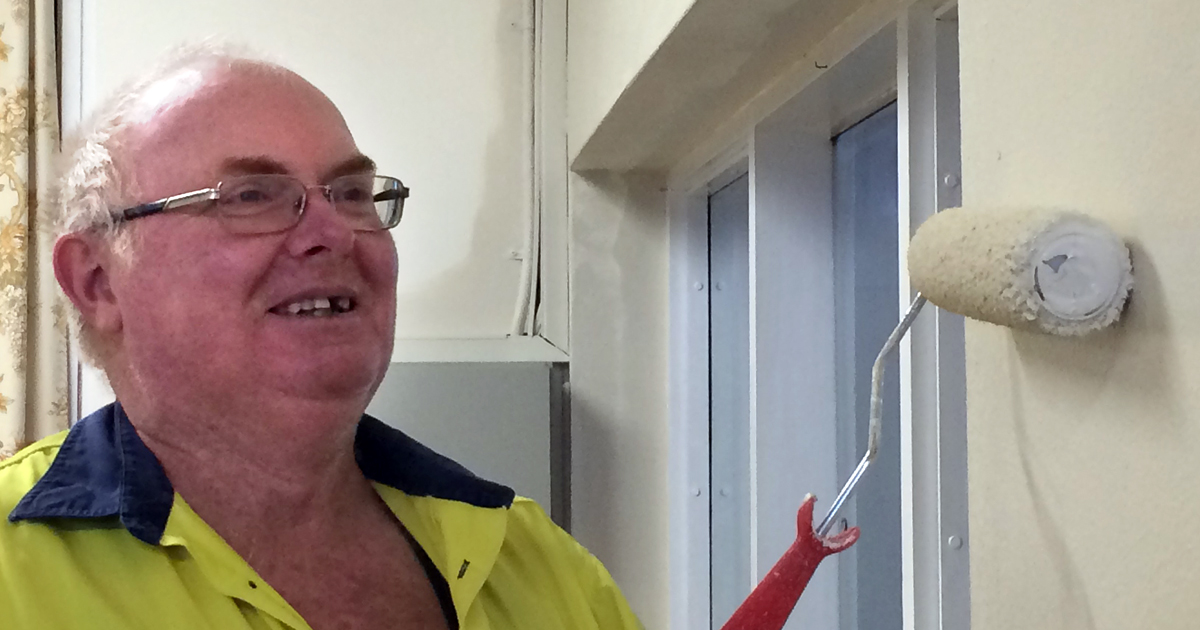 ALWAYS ready with a joke and a laugh, Michael Kievit is a lively and dedicated member of the Lions Club of New Norfolk. He is often seen selling raffle tickets, cooking at barbecues and helping out at Baskerville Raceway and club working bees. Michael also serves as the club’s bar manager and co-ordinator of the local Lion Mints program.

Born in Smithton where his father was a butcher at the local abattoir, Michael and his family moved south when the abattoir closed. After completing his education at Glenorchy Primary School and Cosgrove High School, Michael developed many skills while working at the abattoir in Derwent Park, laying carpets for a retailer in Derwent Park and working in the casting division of the zinc works at Lutana.

During this time Michael met, Kerry, who is also a member of the Lions Club of New Norfolk. They have been married for 36 years and have two children, Emma and Luke. When Emma and Luke were of school age, the family moved to the North-West to live in a more rural environment. Michael and Kerry enjoyed life in Stanley for 29 years.

In 2016 when both Michael and Kerry were retired, they decided to move south again to spend more time with their son and his family in New Norfolk, and to be closer to specialist health services. Michael joined the Lions Club three years ago to get involved in the community.

“We had friends who enjoyed being in Lions at Circular Head so we thought it would be a good way to get to know people and to contribute to the community,” Michael said. “I enjoy the fellowship, doing the barbecues and selling raffle tickets. I love to have a yak and I meet different people all the time.”

A lasting memory for Michael was putting together a swing set for a local family last year. “The club donated the swing set to a little girl who was very ill and had spent months in hospital. We set it up just before she was due to come home, so hopefully it made her smile. It makes me feel good when we are able to do things like that,” he said.

Michael wants the Lions Club of New Norfolk to grow and thrive. “In the future I’d like to see more community members join our club and particularly younger people so that our work can continue into the future.”

If you would like to know more about the Lions Club of New Norfolk contact membership officers Greg Hudson on 6261 1329 or Troy Bester on 0401 064 172. Lions Australia. We serve (more than sausages).