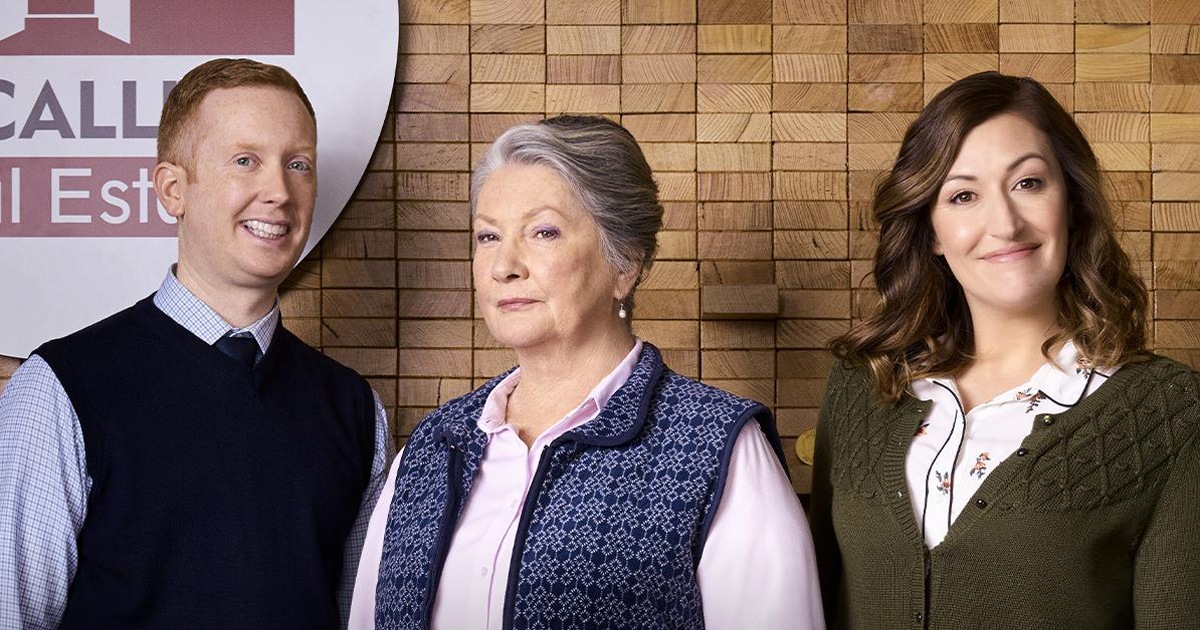 DERWENT Valley locations will again be front and centre in ABC-TV’s Rosehaven which returns tomorrow (Wednesday) for its fourth season. The popular comedy will screen on Wednesdays at 9pm on ABC-TV and ABC iView. Filmed around southern Tasmania, the production provided work for about 90 Tasmanian cast and crew members from late October to early December last year.

The multi-award-winning comedy series stars and is written by comedians Luke McGregor and Celia Pacquola, and the fourth season sees their characters relocate their real estate business for a third time. Originally filmed in a shop in High St, New Norfolk, the location shifted to Oatlands for the second and third seasons and moved to Richmond for the upcoming fourth season, although the on-screen location remains within the fictional town of Rosehaven.

This season will see McCallum Real Estate facing competition for the first time. Daniel, Emma, and Daniel’s mum Barbara (Kris McQuade) will have to draw upon all their skills, all their local knowledge to defeat the as-yet unnamed rival real estate agent. The eight-part season also filmed at Geeveston, Longley, Seven Mile Beach and Cambridge.

“Rosehaven is a comic gift that keeps giving, as popular as it was on debut, and even more loved now as a national institution. ABC couldn’t be prouder of this hilarious, beautiful show,”ABC Head of Comedy Rick Kalowski said. The Tasmanian Government contributed $500,000 to the production of this new season, which saw about $2.1 million spent on Tasmanian crew, actors, businesses and service providers.

“This means that across its four seasons, Rosehaven will have filmed for over six months, putting more than $8 million into the pockets of Tasmanians, while developing the skills and experience of our local film industry,” Arts Minister Elise Archer said. “This investment in our film sector and commitment to supporting and growing Tasmania’s cultural and creative industries is about providing value to Tasmanians, and exporting Tasmania’s stories, talent and landscapes to households around the world,” she said.