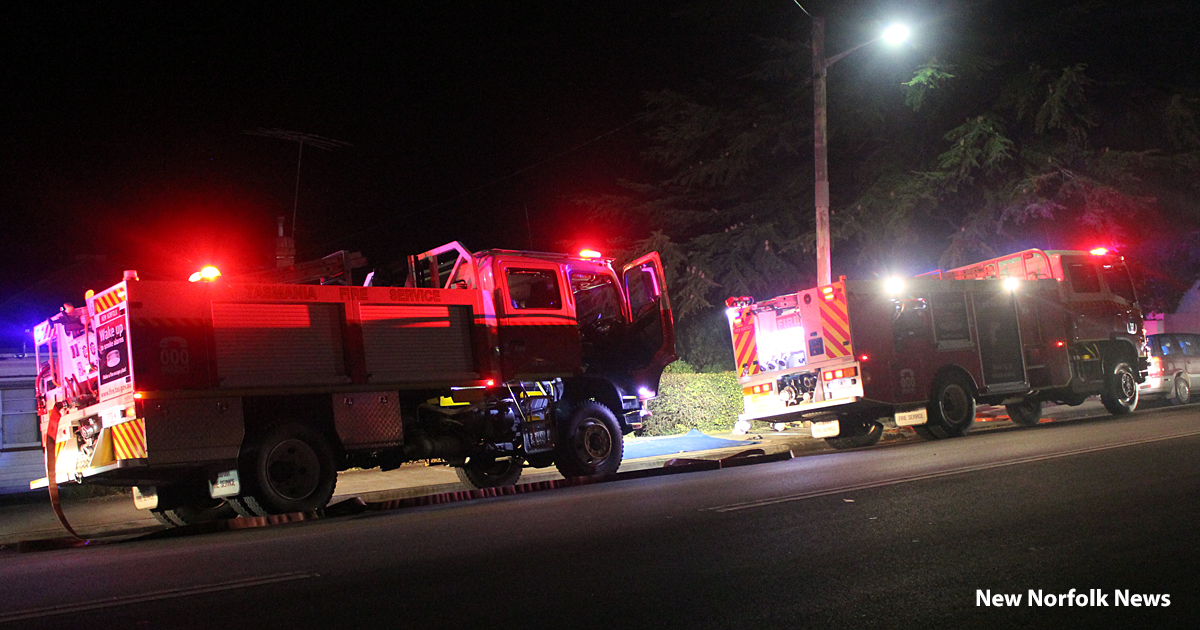 A RECENT house fire in New Norfolk started when a ceiling fan overheated, causing $10,000 damage to the bathroom and roofspace, the Tasmania Fire Service said today. The fire was quickly brought under control, preventing further damage to the home.
“Heat lamp globes are hot, and with a build up of lint and dirt can catch fire similar to a clothes dryer,” a TFS spokesman said. “Fires have been caused when fans are not cleaned, or have ceiling insulation on top of them, which overheats the motor and can cause a fire.”

The Tasmania Fire Service offered the following tips for safe use of ceiling fans and bathroom heat lamps:
🔺Clean any ceiling fan and heating globes with a vacuum or cloth to remove dust and dirt build up.
🔺 Don’t run ceiling fans and heating elements unnecessarily, and never leave them on when you are not home.
For more information about how to stay safe this winter visit www.fire.tas.gov.au