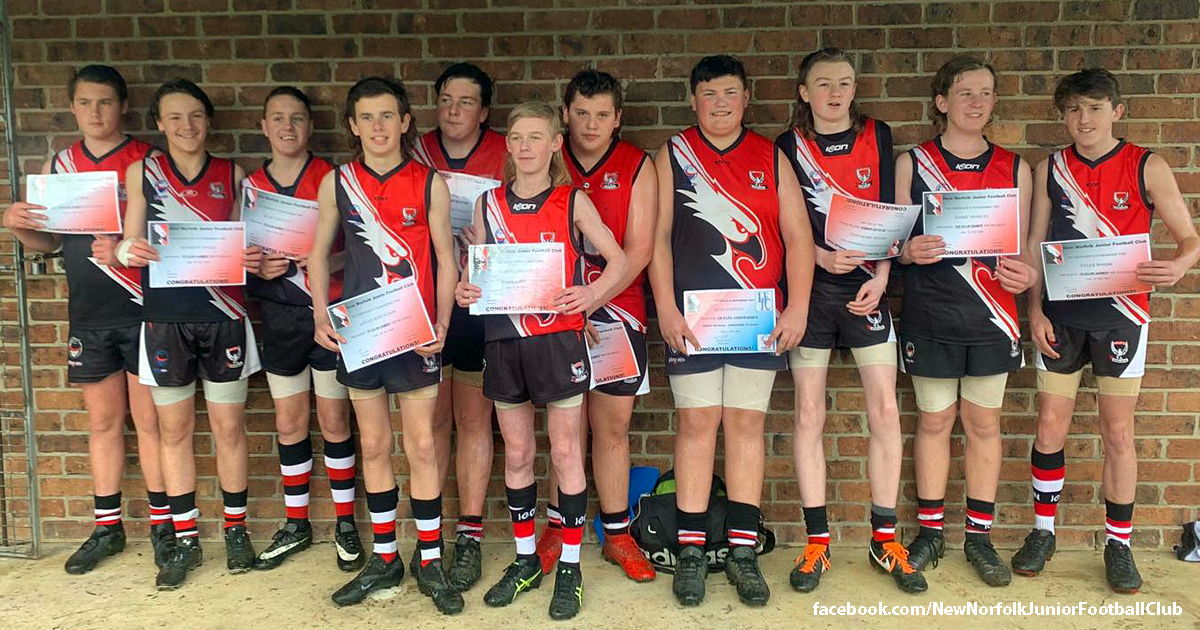 THE playing records of 15 of New Norfolk’s junior footballers were celebrated at the weekend, with the awarding of certificates for various milestones.

In the Under 15C team, certificates for 50 club games were presented to Max Marriott and Brodie Browning, and 75 club game certificates were awarded to Riley Triffett, Tyler Benson, Logan Robinson, Anthony Volta, Logan Triffett and Takoda George. Conna Blackaby and Harry Morgan received certificates for playing 100 club games, and special mention was made of Ryan Bartels who has reached 100 career games (46 with New Norfolk and 54 with Lindisfarne), and will soon clock-up his 50th club game with New Norfolk.

In the Under 13s, James Banks received a certificate for 75 club games, while in the Under 11s it was 50 club game certificates for Jake Smith, Ruben Strong and Kobe Strong. 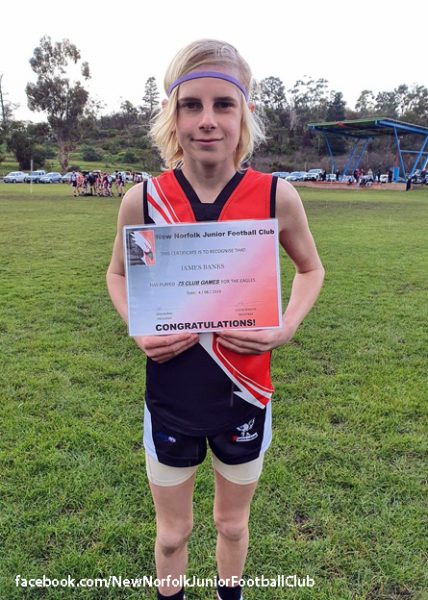 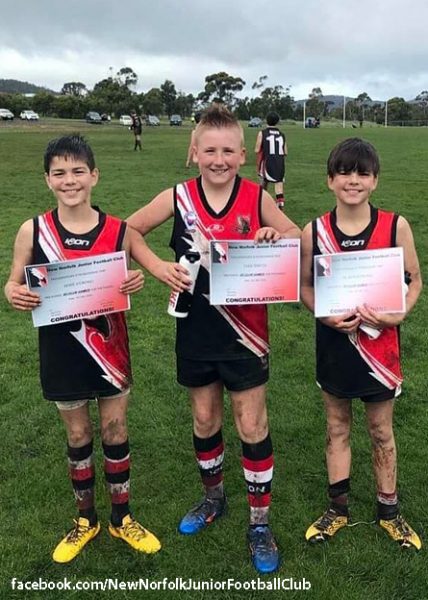