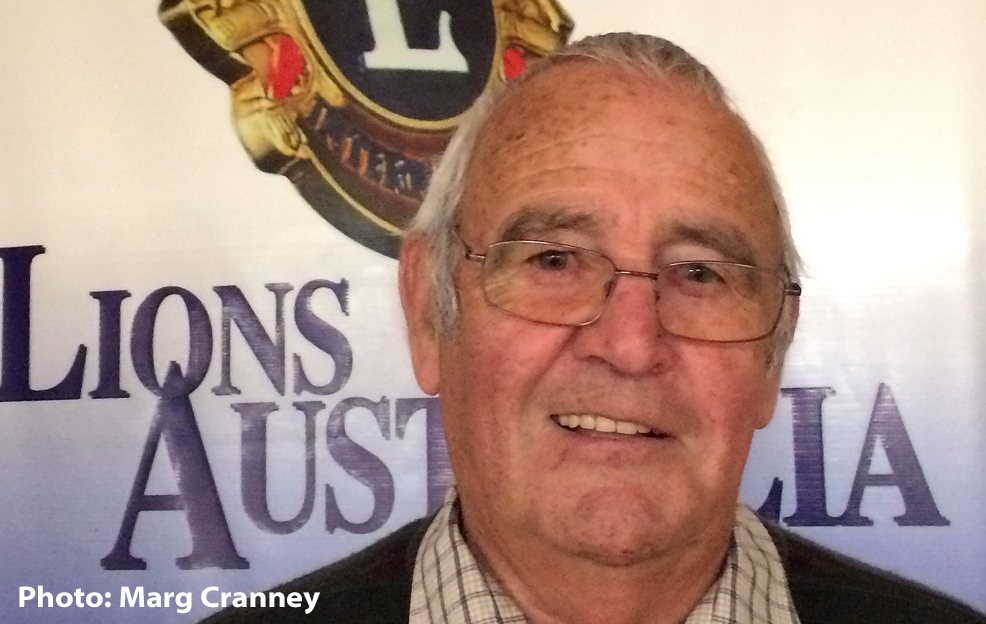 MIKE Berry was an active, dedicated and hard-working member of the Lions Club of New Norfolk from 1999 to 2016, but couldn’t stay away and rejoined last year.

Mike’s involvement over the years has been on many projects and barbecues, and most notably as the driver of the Lions Train ride which he and Ricky Jackson took to countless events in southern Tasmania and Launceston.

It was at Poatina that Mike began his working life. “I worked as a post boy for 12 months,” he said. “An apprenticeship as a fitter and turner kept me busy for the next five years as I worked in the plant section with heavy machinery building roads, dams and canals.”

Mike then began working in electrical construction at the Poatina, Meadowbank, Repulse and Cluny power stations. It was also at Poatina that Mike met his future wife, Jan. A change of career saw Mike working for the Hobart Metropolitan Water Board at Bryn Estyn in 1967. “When Jan and I married later that year we settled into a house on the estate [at Bryn Estyn]. In the next few years, Scott and Keith, our first two boys, arrived.”

In 1973, Mike joined Tasmanian Police and began a 32-year career in the force. His postings included Rossarden – where Shaun was born, Tarraleah – where Andrea was born, and Fingal – where Keryn was born. A transfer to the Hobart Traffic Breath Analysis Section in 1987 enabled the family to settle in New Norfolk. Before his retirement from Tas Police in 2005, Mike also worked in the Crime Management and Information Bureau and Glenorchy Property Office.

Mike is a very sociable person and, after retiring, missed mixing with people. When an opportunity to drive tour buses and charter coaches came up, he welcomed it with open arms. Initially it was for one year but extended into three.

Contributing to the community and supporting friends is important to Mike. For 7½ years he donated his time in the driver training program run by the Derwent Valley Community House. When one of his friends was diagnosed with cancer, Mike completed his friend’s shifts driving the school bus. When sadly, he passed away, Mike taught his friend’s wife to drive the bus. He then became the back-up for all of our local school bus drivers.

Mike joined the Lions Club of New Norfolk in 1999, after being enthusiastically encouraged by Craig Waterhouse and Greg Hudson. I loved working on the chocolate wheel and the projects that we did, especially at Tynwald,” he said. We also used to cut the wood for the winter raffle.”

“It’s the camaraderie that keeps me coming and the reason that I came back last year. I have known Barry McDougall for over 40 years from when we worked at the Hydro. Craig Waterhouse and I have been friends for over 30 years and he sponsored me into the Club both times! That fellowship is wonderful.”