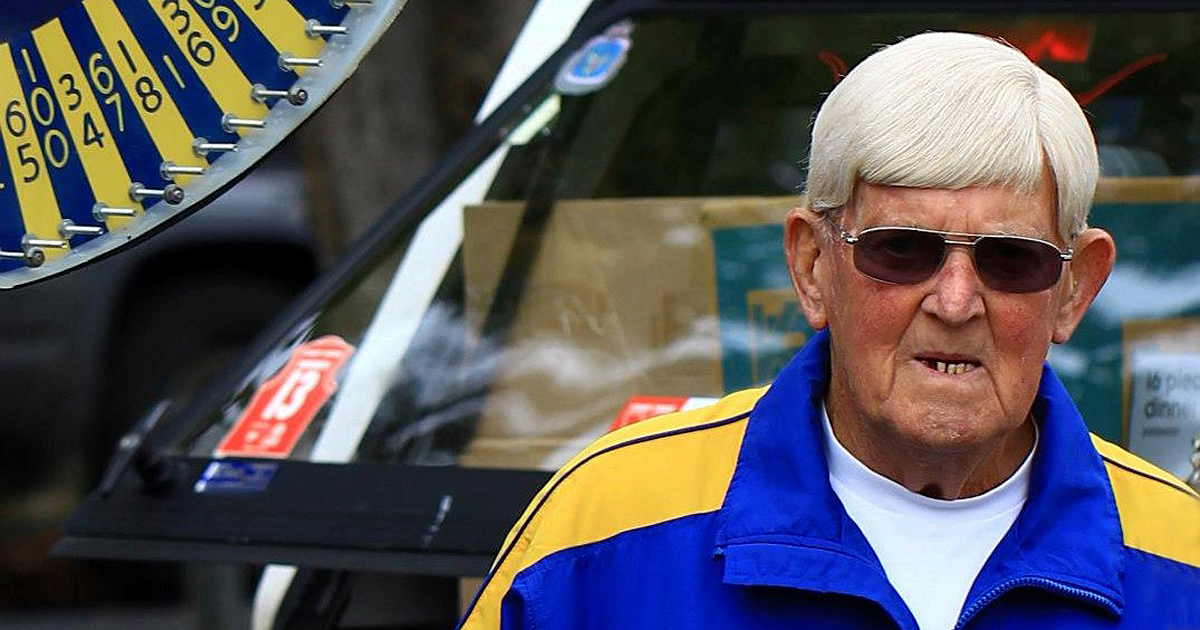 DAVID “Sam” Wilton has been a life member of the New Norfolk Lions Club since 2004. He is a devoted family man and, until recent years, has long been a very active member of the club. For 34 years, Sam’s energy and commitment to community service were drivers for his participation in Lions projects and activities.

David Wilton was born in 1926, the youngest of 14 children. He grew up on the family hopfield at Molesworth and attended the local school. From a young age, for a reason long forgotten, he became known as Sam. His daughter Margaret recalls, “If someone called him David, he wouldn’t answer and you’d have to say, ‘Dad, someone’s talking to you’.”

Hard work was the order of the day in Sam’s youth. He trained and worked as a welder at Boyer, while living and working on the family hopfield. His much-loved motorbike provided transport to work and to attend local sporting and social events.

For many years, he played football and cricket for Molesworth and New Norfolk. Home games were played on Lachlan Park Oval (the current Woolworths site in New Norfolk). Dances at the Oddfellows Hall in Circle Str opposite the council chambers created opportunities to socialise and it here that Sam met Lola Pearcey, who he married in 1948.

Lola and Sam initially lived at Molesworth and started their family. They had two children, Margaret and Robyn. Margaret, who was two years old when the family established its home in New Norfolk. Sam tended a family veggie garden and was a keen hunter and fisherman, so the family lived on kangaroo, rabbit, fish and home-grown vegetables.

Except for a short period when they lived at Boyer, Sam and Lola remained in New Norfolk. In February 1984, Sam was sponsored by Lola’s brother, Trevor Pearcey, to join the Lions Club of New Norfolk. By that time, he had retired from Boyer.

The club provided projects which Sam enthusiastically embraced. Lions family social events were a regular part of their lives and an introduction to the club for the next generations of family members. Sam worked with others in the club on the chocolate wheel, projects at Tynwald Park, collecting sheep manure to sell, collecting and splitting firewood for winter raffles. He also built the steel table and chairs that are near the Visitor Information Centre in Circle St.

When the present club rooms were obtained near Willow Court, Sam pitched in with the cleaning and painting. Lion Troy Bester, Sam’s grandson, remembers enjoying Lions activities with his grandad. “I was really young when I used to go to Baskerville and the Bushy Park Show with Pop,” he said. “There used to be two gates at Baskerville. We worked at the gates on the hill. At the Bushy Park Show, we worked on the horse float gate.”

Lion Craig Waterhouse enjoyed kangaroo shooting with Sam, Wayne Hodge and Peter Birchall. “Although he is a reserved man, he would open up when we were out shooting,” Craig said. “I have the utmost respect for Sam. He is strongly committed to Lions and he would put his hand up for anything that needed to be done.

“The Club built a lookout at Peppermint Hill in the early 1980s and sometimes it would be vandalised. Sam decided to take it upon himself to keep the area tidy and the lawn watered and mowed. Although he enjoyed doing it, Sam was most put out when he found out that the project had been handed over to the council on completion!”

Lion Wayne Hodge has been friends with Sam since they started working together in 1963. “Sam is a really good person. Our many fishing trips to Bronte Lagoon, Lake Sorell and Laughing Jack Lagoon,
were day-trips because he wouldn’t do overnight trips. Sam is a family man and returned home every night.”

Sam last attended a Lions Club activity in 2018. In that year, Lola and Sam celebrated their 70th wedding anniversary, receiving messages of congratulation from the Queen, Governor-General, Prime Minister, the Governor of Tasmania, Premier of Tasmania and the Federal Member for Lyons.

https://newnorfolknews.com/2020/05/lions-club-news-meet-margaret-bester/Lola Wilton passed away last year and Sam lives comfortably in a nursing home at New Town. Their daughter Margaret and grandson Troy remain active members of the Lions Club of New Norfolk. Thank you, Sam, for so many years of dedicated service to our club and community.