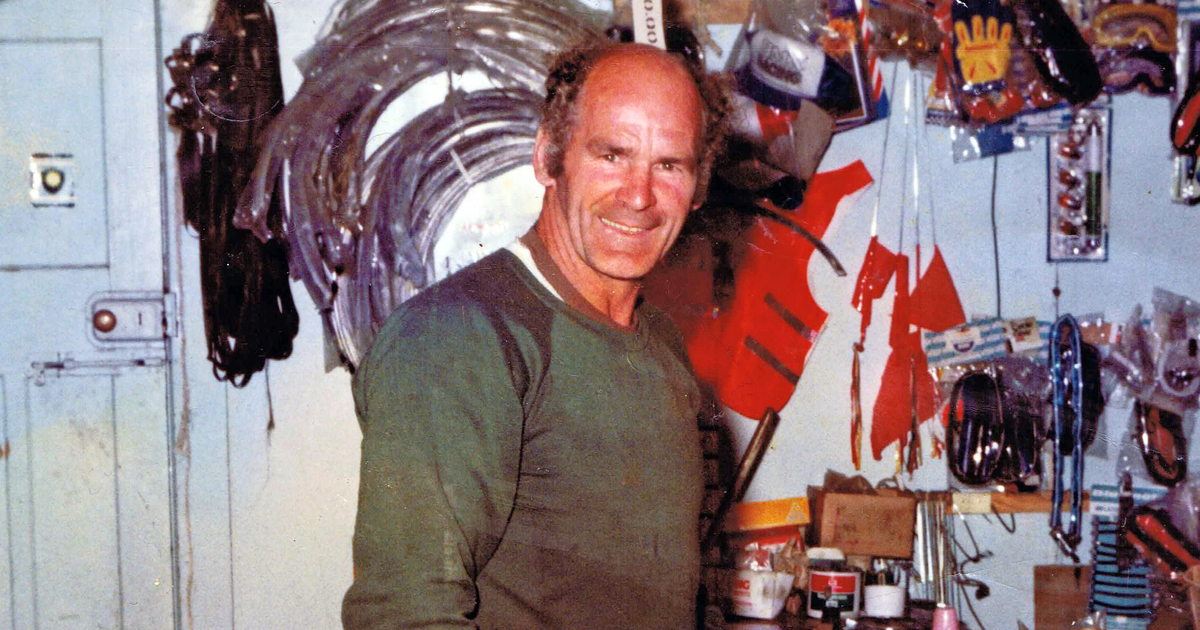 THE Jimmy Barnes anthem Working Class Man played at the funeral of Len Blackwell, perfectly summing up the life and times of the well-known New Norfolk man. The former businessman and councillor had lived life to the full, finally succumbing to injuries sustained in a bush accident.

At the funeral service on April 24, celebrant Tom Payne described the family’s memories of Len as being a link with their past and their inspiration for the future. Leonard Jack Blackwell was born at Magra on July 3, 1932, the eldest of nine children to Lorna and Bill Blackwell. His siblings were Allan, George, Rita, Florence, Gloria, Peter, Arthur and Scott.

He attended school at Magra before starting work on the family farm. In his 20s he spent nine months in a hospital bed with tuberculosis of the spine. At 23, he married his first wife, Betty. Their four daughters, Lynette, Christine, Veronica and Karen, were raised initially in a house their parents built in Sharland Ave, New Norfolk, and later at Mt Lloyd and then Home Bush at Glenfern where Len farmed cattle, sheep, and crops of raspberries, potatoes and tomatoes.

Len worked as a linesman for the Postmaster-General’s Department (PMG) for many years. He also drove log and livestock trucks and carted fruit to Henry Jones and Co. The family moved back to New Norfolk when Len took over an earthmoving business in Humphrey St.

In 1980, he met Anne, his wife of more than 40 years. They had two daughters, Angela and Dianne, and Len became stepfather to Anne’s children Teena, Barry and Tracey. They moved to Hay Court, New Norfolk, which remains the family home. There Len rebuilt a BMX for Barry, which became the bike every kid wanted. This led to him opening his own bike shop in Burnett St.

Later moving to the former Buffalo Lodge Hall in Richmond St, the Norfolk Cycles business was sold in 2006 but Len maintained a keen interest and helped the new owners for many years. A keen roadracing cyclist himself, Len would spend many hours training on his bike-roller at home. He also had a love of ballroom dancing and spent many years at dances with one of his girls on his arm. Len and Anne continued to dance until 2008.

In 2006, Anne and Len set off with a caravan in tow and headed to Alice Springs. At 74, Lenny climbed Uluru/Ayers Rock for a second time. They continued on to explore Darwin, Boome, Perth, Fremantle, the Great Ocean Rd, and Coober Pedy. Len spent some years contributing to the Derwent Valley community as a local councillor.

His love of farming continued right up until his passing. He always had a garden which supplied his family with fruit and vegetables, and plenty left over to sell, along with the jams that Anne and Len became famous for. Len remained in good health and was still tending his garden up until his accident earlier this year. He always enjoyed being in the bush and was woodcutting near Bryn Estyn at the time he fractured his back. He died in hospital on April 17, aged 87. He was as strong as a bull, a hard worker, a tough nut; and to his family, invincible.