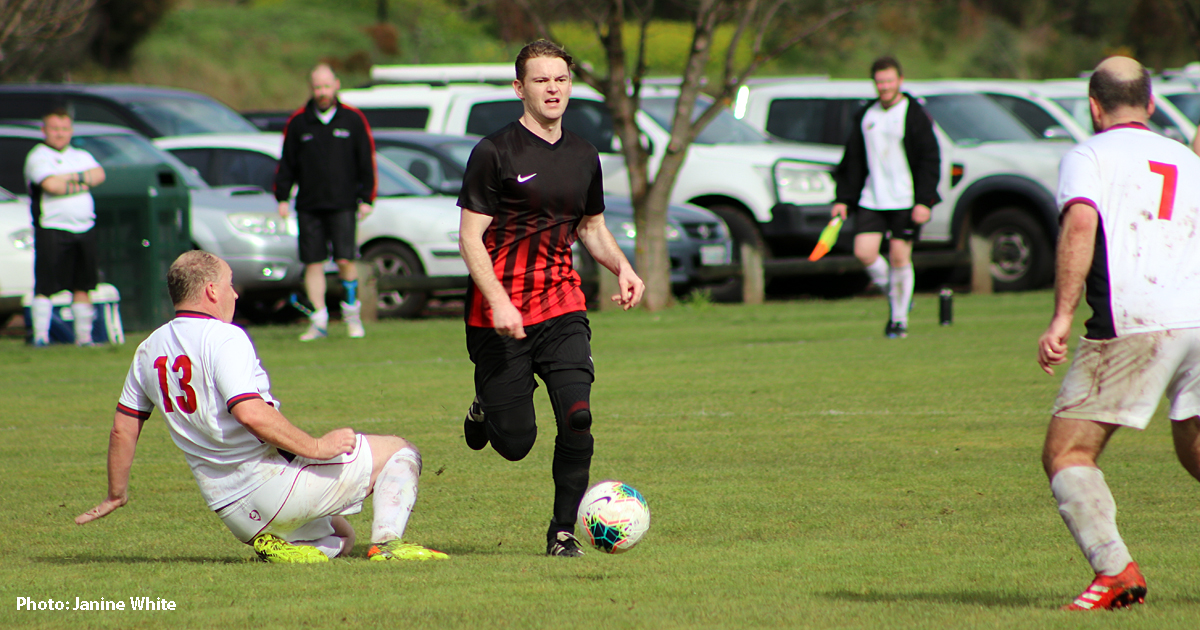 THE New Norfolk Panthers remain undefeated at the top of the table after a thrilling 10-3 win against the Phoenix Rovers at Tynwald Park today (Sunday). Despite the wet conditions, the Panthers started as they meant to go on, with the first goal Scored within a minute of the match starting.

The start was testament to how switched-on the home side’s starting 11 was on the day. Seamless interplay and chemistry that’s been the culmination of many weeks of training saw the opposition powerless in the face of many of New Norfolk’s attacking plays.

As usual, the back line and goalkeeping was strong, complementing the midfield and the offence by making space down the wing allowed some very fast players to make their moves and hit some high-quality assists.

Joel White, Martin Cairns, James Tassell, and Luke Crosswell scored a terrific goal each, and to top it all off, Josh Russell – in his first match for the season – and Chris Driver bagged a much deserved hat-trick each, proving that no one can discount the possibility of a premiership this season with attacking like that.

The next match will see the Panthers take on second-place Kingborough away in what should be a very intense match at 2pm on Sunday, August 30.