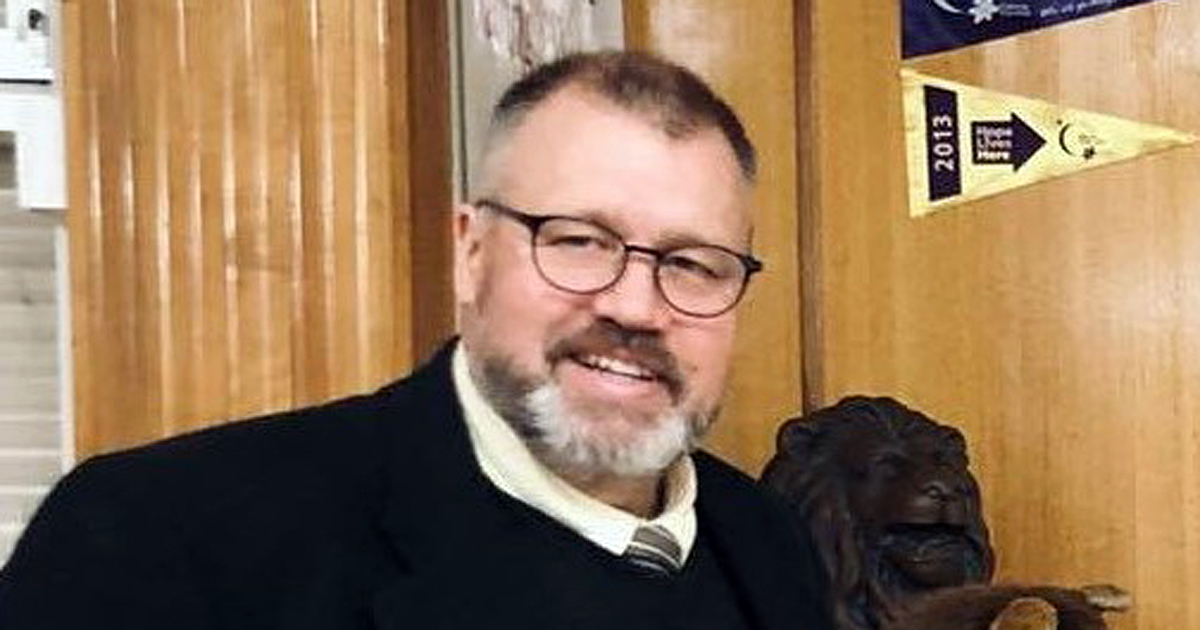 CRAIG Farrell is a well-known member of the Lions Club of New Norfolk and the Derwent Valley community. The club’s Chocolate Wheel would not be the same without his engaging, lively, and often cheeky, spruiking skills. Although Craig has spent most of his adult life in the Derwent Valley, he was born in Scottsdale, attended local schools in the North-East and then Alanvale College in Launceston.

His lifelong passion for trucks, trains and railways was ignited by time spent with his grandparents who lived at Winnaleah. “I spent lots of time with them, Craig said. “Their house backed onto the railway line and local drivers such as Gov Gardner and Les Torley used to let me ride with them. Pop was the local cartage operator, so I spent a lot of time in trucks and trains. It was a big part of my life and I thought that’s where I
was headed.”

By the time Craig left school he was also interested in radio although he had no real plans. “I was happy for fate to play its hand. I applied for, and got, a job at TVT6, a local television station in Hobart. It was fantastic, like being in a school production every day. There were more characters behind the camera than in front it.”

Craig worked at that station for 13 years and in the late 1980s and early 1990s hosted The Cartoon Company, on Saturday mornings with the popular character “Boss Poss”. Later in the 1990s, he was a television
sales executive with Southern Cross and also had a short stint in real estate. Later, working for Dick Adams, the then federal member for Lyons, changed the direction of Craig’s career. “I got to see how important local representation is for people – being able to discuss issues with parliamentarians.”

Craig’s involvement with local government began in 2002 when he was elected to Derwent Valley Council and continued until 2011. He was deputy mayor of the council between 2009 and 2011. His move to the Tasmanian Parliament occurred in May 2011 when Craig was elected to the Legislative Council seat of Derwent which he holds today. He has been president of the Legislative Council since May last year.

Craig met Lee, who was an apprentice potter, during his early days working in Hobart. They married when they were both just out of their teens. They soon started their family and had four children, Mykhayla, Casey, Lewis and Poppy who all still live nearby. “We built our first home at Dromedary but always came into New Norfolk because we loved the feel of the community. When we needed to get a bigger place because of our expanding family we moved into a renovator’s delight and it’s still delighting us! The wonderful thing is that the railway line runs through the backyard.”

Craig has long been passionate about the area in which he lives. He has been a member of the Derwent Valley Railway since its inception. “This group shows the value that passionate individuals can have in an area and it’s still something that we need to get going.”

Membership of the Derwent Valley Rotary Club and the Lions Club of New Norfolk are important to Craig. He believes that service clubs and volunteer organisations are essential to rural communities, “Whether it’s the fire brigade, the SES, or other community groups, the real strength is the people who give their time to develop the community.”

Craig joined Lions in 2007 and his membership was sponsored by Viv Cardwell. “I was approached to join the Lions Club when the Rotary Club disappeared for a time. I enjoy spruiking on the Chocolate Wheel – it satisfies my broadcasting ambition and allows me to say things about Barry Adlard, who is stuck in the van and can’t respond!”

Craig is positive about the future of the Lions Club of New Norfolk. “We’ve survived the heyday of big membership and now we’re experiencing an influx of energy from new people. You get far more out of these clubs than you put in. This is why they are so strong in our area. If you join any of the local volunteer groups, your life will improve.”