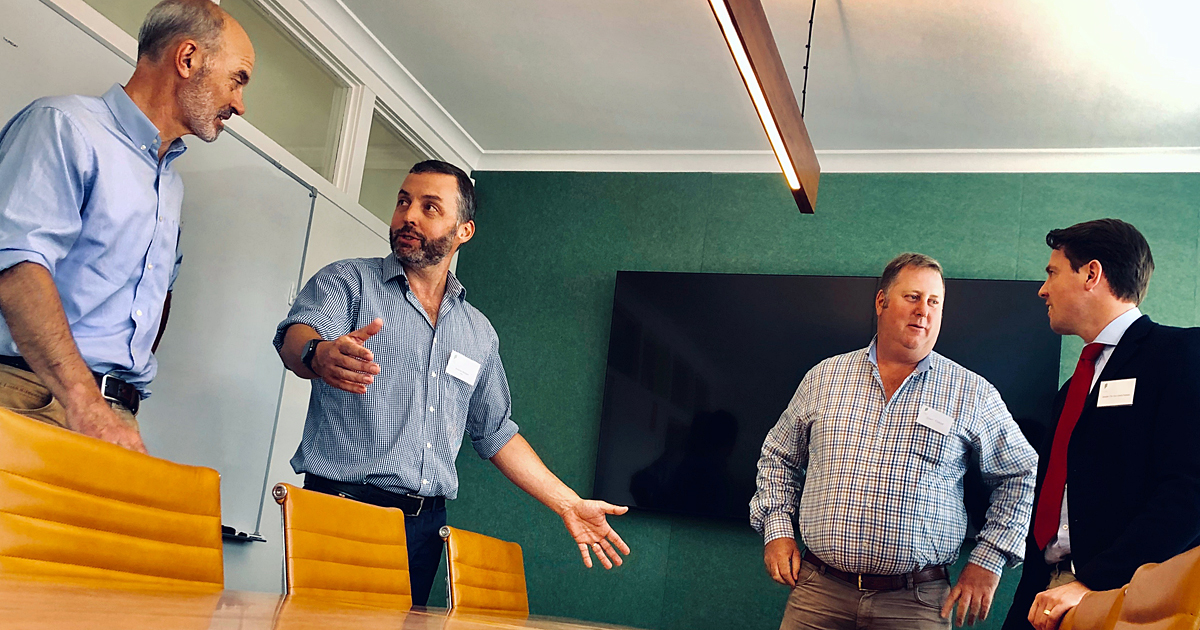 THE Tasmanian company now managing the former Norske Skog forests has today celebrated the official opening of its office in High St, New Norfolk. Sustainable Forest Management (SFM) has been engaged to manage the plantations which were transferred to international investor New Forests earlier this year.

With 28 full-time-equivalent workers and more than 100 local sub-contractors, SFM’s has set up shop in the middle of New Norfolk, taking over the former premises of the MyState bank. At today’s official opening, Resources Minister Guy Barnett said the Tasmanian Government welcomed the company’s commitment to the Derwent Valley.

“SFM will be managing the former Norske Skog forest assets on behalf of Australian-based international forestry investor New Forests, following its acquisition earlier this year,” Mr Barnett said. “SFM will harvest up to 400,000 tonnes of pine annually, with the majority still going to the Norske Skog Boyer mill.

“This is great news for the community and I congratulate New Forests and SFM on this outcome, and look forward to working with them going forward. Forestry is a cornerstone of our economy and has a key role to play in our plan to rebuild a stronger Tasmania,” Mr Barnett said.

The official opening was also attended by Lyons Labor MHA and State Opposition Leader Rebecca White, who said the new venture augured well for Tasmania’s forestry industries. “Forestry is an integral part of the state’s economy and part of the promotion of the Tasmanian brand internationally,” Ms White said.

“As well as managing and harvesting private forests and providing local jobs, the work done by SFM in reclaiming timber that’s stood underwater for decades has given new meaning to timber recycling, with HydroWood adding unique value to the sector,” she said.

“This is the type of operation that demonstrates the ongoing viability of a sustainable forestry sector in Tasmania. The Tasmanian forest industry is currently enjoying broad community and market acceptance and we want that to continue, while also providing pathways for growth. I congratulate SFM on their innovation and drive to make the most of Tasmania’s timber resources,” Ms White said.