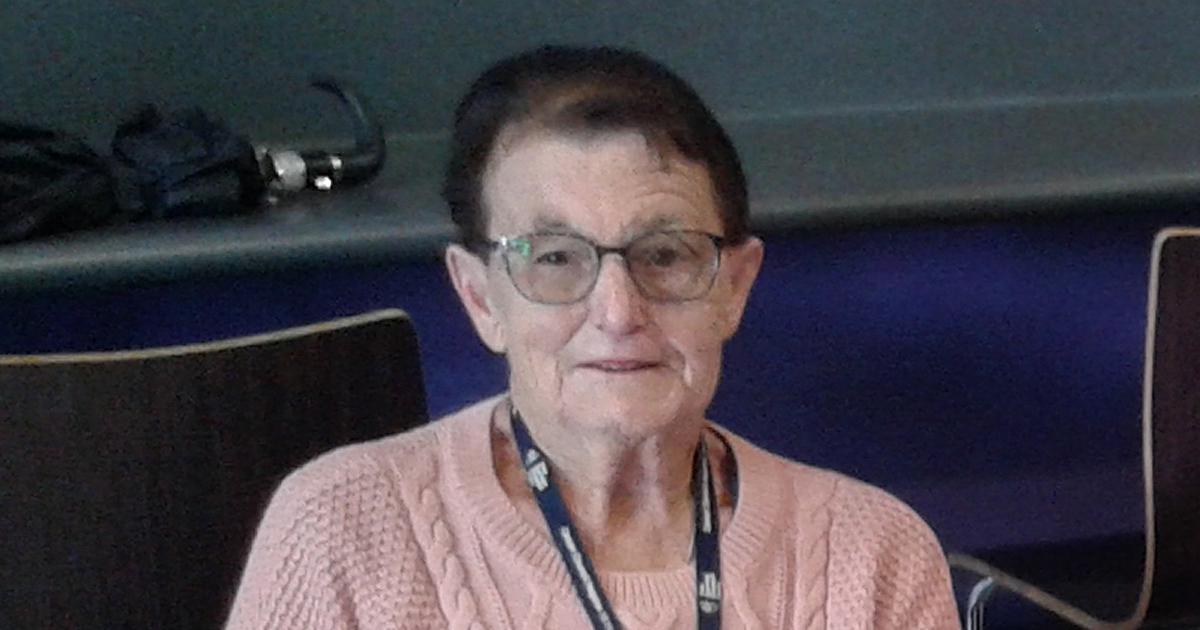 FAMILY and friends have recently celebrated the life of one of the Derwent Valley’s leading campaigners in the fight against cancer. Elsie Rayner spent several decades raising funds for the Cancer Council, through Australia’s Biggest Morning Tea and the Relay for Life.

She was also a stalwart of the local cancer support group – CanHope – and was one of the instigators of the annual Pink Lady Day in New Norfolk and its dedicated park bench at Arthur Square.

Elsie May Rayner was born on August 12, 1942, the elder child of Cecil and Mary Mann, of Bushy Park. Her brother David was born two years later. She attended the Glenora school and helped in the shop her parents had at Bushy Park, next door to the Upper Derwent United Hall.

Elsie had fond memories of going to dances and films at the hall when she would go stay with her cousins Maveen, Helen, Denice and her dear friend Betty. Elsie met Peter Rayner at a dance in the hall in 1960 and they were married on January 25, 1961, at St Augustine’s Anglican Church at Bushy Park.

They lived at Karanja when they were first married and their friends Barry and Betty Marriott moved in next door. This was to be a lifelong friendship. When Elsie and Peter moved to Maydena, Barry and Betty moved there as well, as Peter and Barry both worked for Australian Newsprint Mills. When Elsie and Peter then bought a farm at Ellendale, the Marriotts moved there too.

Elsie and Peter’s first child, Nigel was born in 1962 followed by their daughter Janette in 1964. While their husbands were at work with ANM, Elsie and Betty looked after the farm together, picking raspberries and looking after the lambs as they came along. They would often be seen in the paddocks wearing dresses, gumboots, and aprons so they could keep their cigarettes in the apron pockets.

The 1980s saw Elsie and Peter move to Benjamin Terrace, New Norfolk, and at this time they also had a shack at Eaglehawk Neck. Elsie had been diagnosed with breast cancer, which she fought over a number of years before getting the all-clear.

In the 1990s the couple had moved to a farm at Magra and Elsie had started her cancer support group which she continued for many years. She organised Australia’s Biggest Morning Tea locally for many years, enlisting the support of family and friends to help with the necessary cooking and baking for weeks in advance.

Through this event held at the New Norfolk RSL, many thousands of dollars were raised for the Cancer Council and Elsie received an Australia Day Award from the Derwent Valley Council for her efforts. She took part in the local Relay for Life until last year, again supporting the cause that was so close to her heart.

Elsie died on July 29, after a second bout of cancer. The funeral service on August 6 was conducted by the Reverend Celia Hooker and the eulogy was read by Robyn Rayner. Elsie is survived by her two children, five grandchildren and 15 great-grandchildren. Sadly her brother David passed away in the weeks after her funeral.

ANYONE who has lost someone to cancer or knows someone living with cancer, is invited to place a Pink Lady or Blue Man silhouette in the Mini-Field of Women ceremony at Arthur Square, New Norfolk, at 11am on October 31. This will take place at the CanHope Cancer Support Group’s rose garden opposite the Star and Garter Hotel. More information: 0438 190 405.