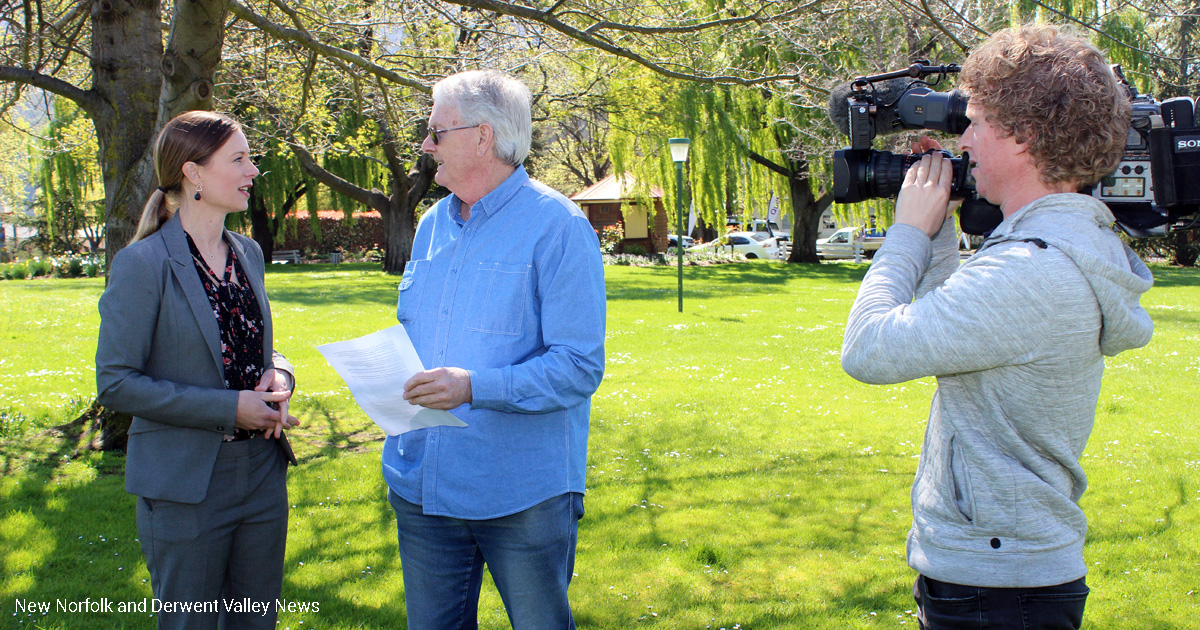 Health petitioners ‘ignored’ after signing the wrong side

THE State Government has been urged to respect the views of 1400 petitioners who were disenfranchised by a strict interpretation of the rules about petitions. New Norfolk’s Bill Dermody collected signatures from 2200 people concerned about health services in the Derwent Valley, but was told only 880 were valid.

Visiting New Norfolk earlier in the week, State Opposition Leader Rebecca White said residents were rightfully concerned about access to a doctor or after-hours health care in the district. “With the retirement of two long-standing local doctors almost a year ago, some Derwent Valley residents are still waiting to get on the books with local GPs,” Ms White said.

“In some cases, Derwent Valley residents have been forced to travel to Sandy Bay, Sorell and Brighton to get an appointment or to make sure they can get their prescriptions for medication. People in rural and regional areas deserve access to timely and local health services but are continually treated with contempt by the Liberal government.”

Mr Dermody told New Norfolk and Derwent Valley News that people had gone out of their way to sign his petition calling on the State Government to introduce nurse practitioners at the New Norfolk District Hospital and to lobby the Federal Government to change New Norfolk’s Medicare classification in order to attract and retain additional doctors to the town.

Mr Dermody said the petition had been signed by 2200 people, but only those on the front of each page were accepted as valid. “They didn’t accept those on the back of each sheet because it did not contain the details of the petition,” he said. “People went out of their way to sign it and those people should be recognised.”

At New Norfolk on Tuesday morning, Ms White said it was no surprise that people in the Derwent Valley had been forced to take matters into their own hands via the petition. “Yet instead of taking these concerns seriously the government has continued to ignore residents’ concerns,” Ms White said.

“The government’s response to the petition was to tell residents that they have ‘an appropriate level of access to out of hours care through the New Norfolk Ambulance Tasmania service’. This is completely out of touch – the ambulance station is dependent on volunteers to fully staff the roster and in some cases cannot open because there isn’t anyone available,” she said.

“A lack of access to GPs and community-based care contributes to added pressure on the hospital system because people can’t access the care they need to stay well. Labor understands the importance of making sure people have access to health care when and where they need it and will continue to call for better regional health services for the Derwent Valley and other regions across Tasmania.”

In a formal response, the State Government said it had already boosted services at the New Norfolk Hospital, including a full-time nurse practitioner to support patient management. Health Minister Sarah Courtney acknowledged that New Norfolk had the same Medicare classification as Hobart. “The Department of Health advises there is little opportunity for the Tasmanian Government to advocate for a change to New Norfolk’s classification due to its proximity to Hobart and service demand,” Ms Courtney said.

Mr Dermody said he had sought meetings with Ms Courtney and Liberal Lyons MHAs without success.