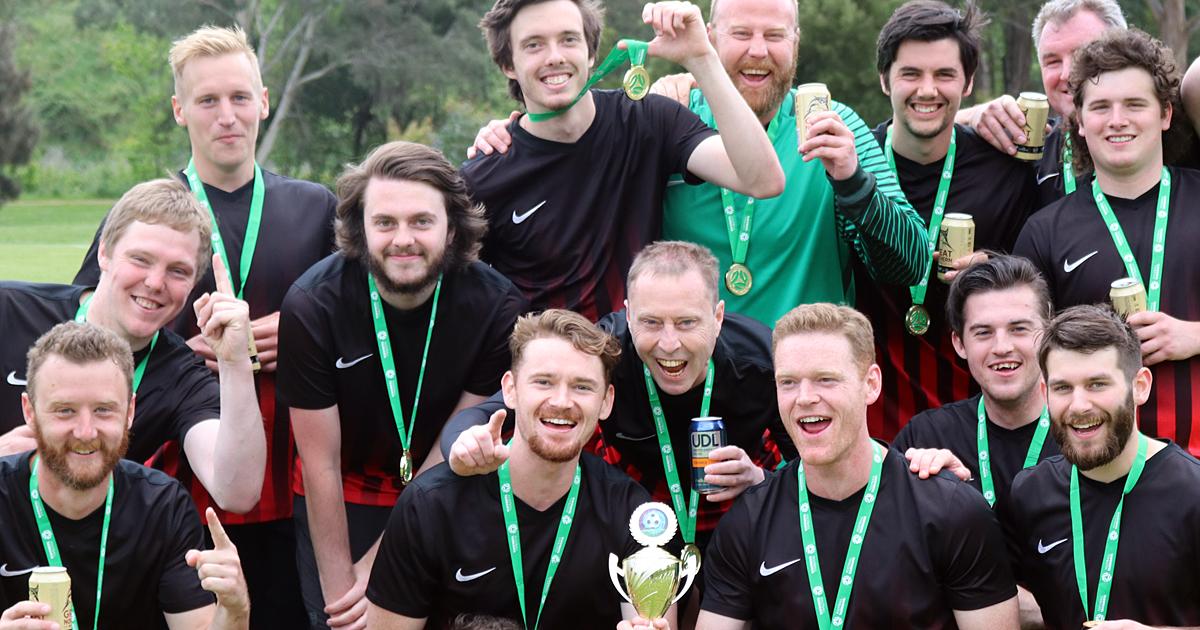 THE New Norfolk Soccer Club’s senior men’s team wrapped up a wonderful year with a dominant win over Clarence Zebras 6-0 at Tynwald Park on Sunday, to claim the Division 5 premiership.

After the game the team members were presented with their premiership medallions and cup. It has been a charmed season with very few injuries, no doubt a result of each player’s hard work and commitment.

The end of season celebration and team trophy night will be held on November 13.

The second-last week of the competition saw the team take to the field on two occasions as the competition sought to shoehorn matches into a shorter season. Despite public health restrictions around the coronavirus pandemic significantly delaying the season’s start, Football Tasmania had decided to play the usual number of games.

After suffering their only loss of the season, New Norfolk rediscovered its form with a 6-3 win over the Phoenix Rovers on October 15, played at night in harsh weather at Howrah’s Wentworth Park. The squad had learnt much from the loss to Uni and perfected the art of playing in the wet by keeping the ball on the ground where possible to maintain possession. Once the Panthers found the right spot in front of goals, the finessed shots left the opposition keeper wishing his feet weren’t stuck in the mud.

Then, in a stunning display of skill and fitness, the Panthers demolished Kingborough 8-0 three days later, with an astonishing six goal-kickers adding to the scoreboard at Tynwald Park. Although missing some key players, including their ever-improving goalie, New Norfolk’s midfield ran the Lions ragged with their players begging to end the game early.

Thanks to Janine White and Nic Moltow for this season’s reports.