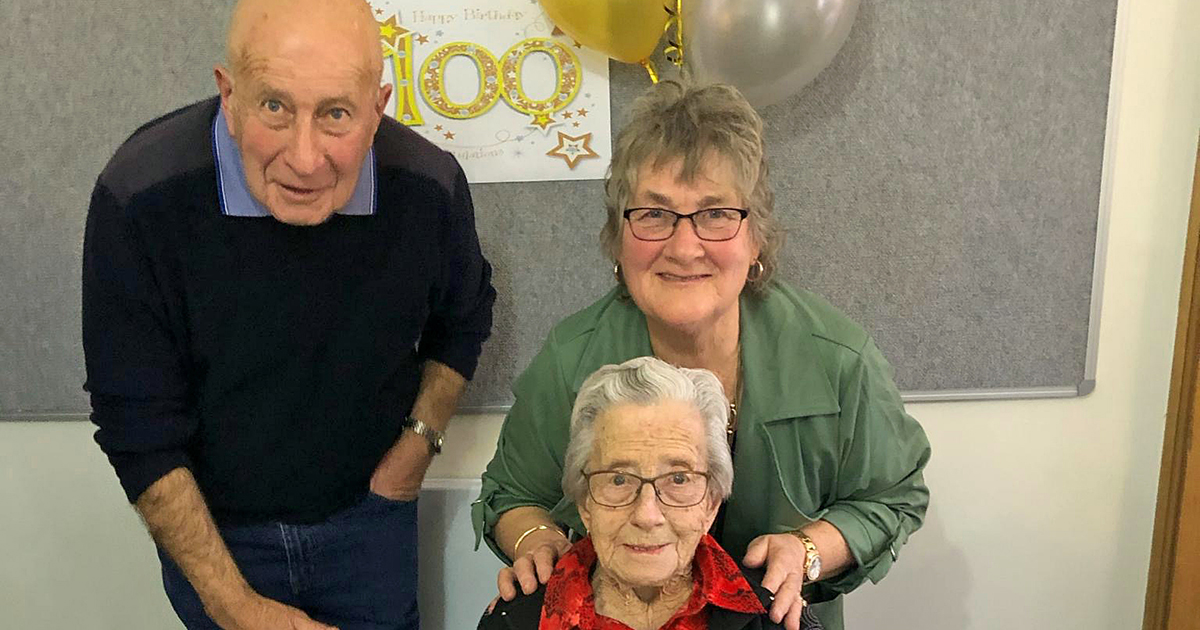 A CENTURY of caring for her family was reflected in loving tributes for Sheila Blackwell following her death at age 100 on August 1. Mrs Blackwell passed away at her nursing home three weeks after celebrating her 100th birthday and receiving congratulatory letters from the Queen, Governor-General, Prime Minister, Governor and Premier.

The eldest child of Colin and Ellen Burns, Sheila was born on July 10, 1920, and lived much of her life at National Park in the upper Derwent Valley. She outlived her four brothers, Reg, Cyril, Ron and Merv. She attended the National Park State School, and also the Fitzgerald State School for a time.

In November 1941 she married the love of her life, Alfred “Boy” Blackwell, at St Peter’s Catholic Church in New Norfolk. Boy was a bushman in his early years, harvesting sassafras for the peg factory at New Norfolk, and he later worked as a ranger at Mt Field National Park.

Sheila worked as a cook at the National Park Hotel from time to time, and also took part in the seasonal work that was done by so many Derwent Valley residents, picking hops and fruit to bring in extra funds for the family. The couple made their home at National Park and there they raised their children Margaret, Athol and Tony. Sheila and Boy enjoyed 40 years together before he passed away in 1981. Sheila did not remarry.

In 1988 she moved to a new home at the Lady Clark Retirement Village in Claremont, and remained there 30 years until moving to the Wellington Views nursing home at Old Beach two years ago. During their marriage, Sheila and Boy cared for his mother after her husband’s death, and Sheila also cared for her own mother, who lived next door at National Park, helping with her cooking and cleaning.

Sheila’s cooking forms a big part of the family’s memories. Her kitchen table would always be covered in flour on Saturdays as she baked cakes and biscuits for her family and friends. A roast was provided every Sunday for all who turned up, including daughter Margaret who would travel from Tarraleah with her husband and children.

Sheila took up showing dogs after her children left home, enjoying much success with her corgis at the Royal Hobart Showground. She spent her 99th birthday in surgery at the Royal Hobart Hospital but recovered well, and was in good health for her 100th birthday in July. She enjoyed her party and gifts, and many visitors as well as grandchildren sending greetings via the internet, and she was excited about her birthday card from the Queen.