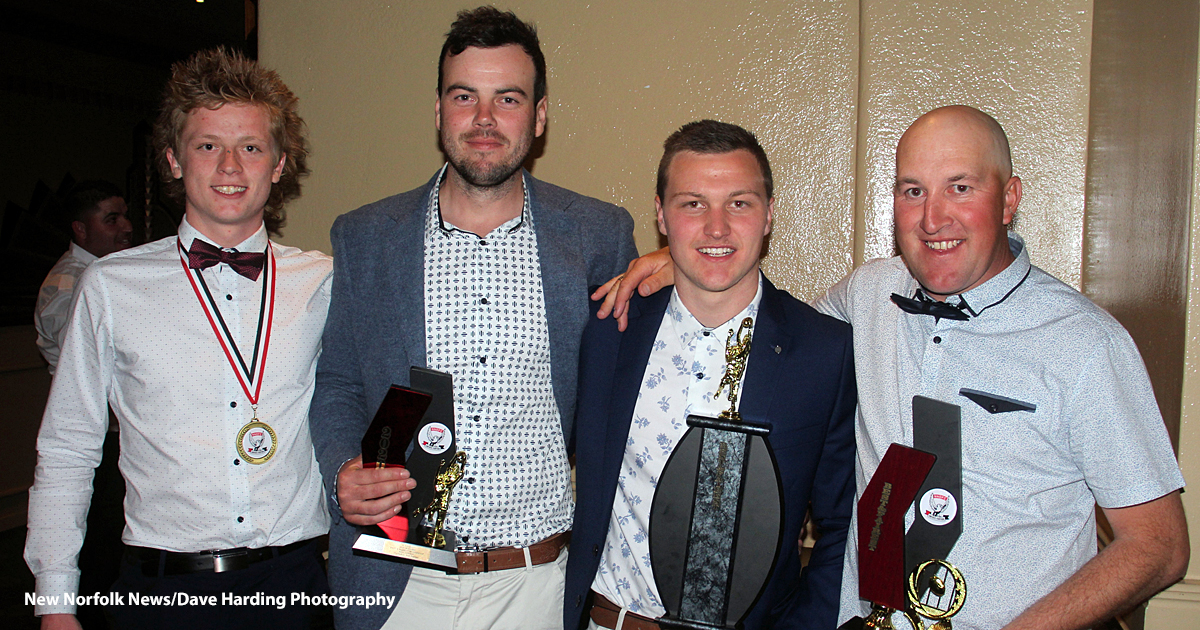 THE New Norfolk District Football Club’s Les Hepper Medal for the senior best-and-fairest winner was presented to Jye Bearman on Saturday night. Awards for all four grades of competition were presented at the club’s Red White and Black Ball, which was held at the Wrest Point Casino for the first time.

This club has this week announced that Josh Clifford will again coach the senior side next season, supported by Robbie Iles as assistant/bench coach, and fellow assistant coach Jacob Wigg. Paul Clark has been reappointed as coach of the colts team.