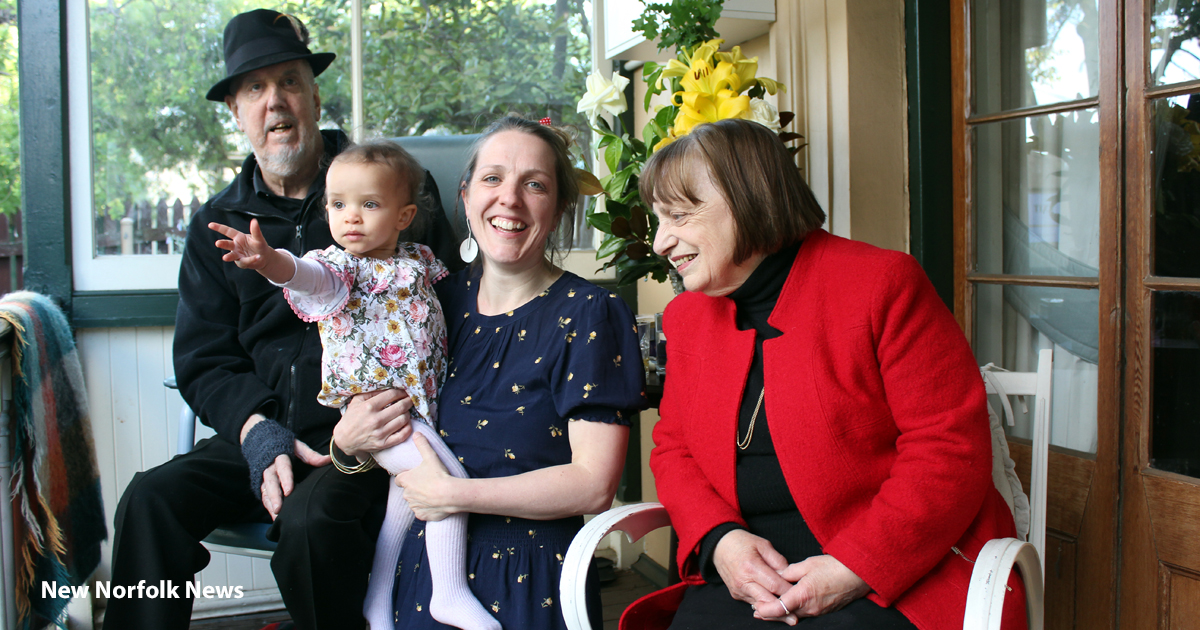 THE remarkable life and achievements of New Norfolk’s Layton Hodgetts OAM were celebrated at a special gathering last week. About 200 people attended the function which was hosted by Black Swan, the business operated by Layton’s daughter Sarah and her husband Alexander Okenyo.

Sarah said the event was a chance for friends and family to spend time with Layton in acknowledgement of his lifetime of achievements. Layton has been fighting lung cancer for nearly two years and recently returned home after a spell in hospital. Amidst tears and laughter, Layton thanked everyone for the roles they had played in his life.

Born at Deloraine in 1943 and raised at Chudleigh, Layton was a farm boy who left school at Mole Creek at age 14. He worked as a carpet and furniture salesman in Launceston and Melbourne before gaining a university placement as a mature-age student and began the process of turning his love of music into his life’s work.

With a degree in music and a diploma of education under his belt, he started his teaching career at Warrane High School in 1979 and transferred to New Norfolk High in 1983. He and wife Jane welcomed daughter Sarah that same year. The Derwent Valley Concert Band was established in 1993 and very quickly brought international recognition for the municipality.

In 2004 Layton led the band to the royal wedding of Tasmania’s Mary Donaldson to Crown Prince Frederik of Denmark, and in 2008 the band won first place in two events at the European Marching Band Championships in Germany, and a gold medal for the best conductor. In 2007 he was elected as the regional representative for Australia and the Pacific on the board of the International Youth Band then being established under the auspices of the United Nations.

Addressing assembled friends and family last Sunday, Layton said he couldn’t believe more than 200 people had turned out – under a Covid-Safe plan – to share their memories and affection. “I see faces scattered out there and an incredible story can be attached to every one of those faces,” he said. “Thank you all so much for everything. Whatever you have done, it has contributed far more significantly than many of you probably realise.

“Thank you for coming along in such incredible numbers today, and for everything you have shared. I’m reminded of these words by my son-in-law Alexander Okenyo: ‘grief and separation occur because of love and respect and admiration for one another’. So, don’t be sad because we may soon be separated. Just be thankful we’ve had the privilege of knowing each other, sharing and benefiting from each other’s talents and knowledge and professionalism,” Layton said.

Layton has this week returned to the New Norfolk District Hospital and he invites friends to visit him.