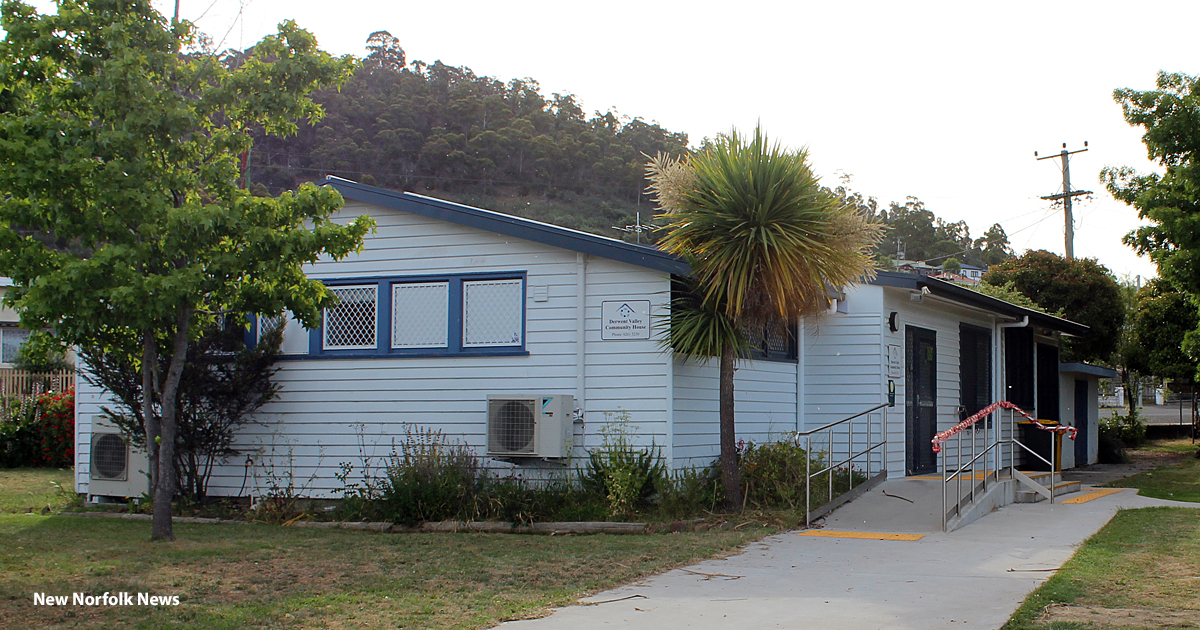 Government to fund Community House unification on one site

FUNDING will be provided to the Derwent Valley Community House to allow it to expand its Blair St campus in New Norfolk and consolidate its operations at one site.

The community house was originally established in the former Royal Derwent Hospital School on The Avenue at Willow Court, and expanded to a satellite campus at the former Blair Street Kindergarten (pictured) several years ago. Since then it has operated from the two locations.

Liberal member for Lyons, Guy Barnett MHA, said the State Government had allocated $2 million for neighbourhood house upgrades in the recently-released 2020-21 state budget. “Neighbourhood Houses are the heart of many communities across the state, including in the Derwent Valley as they promote social inclusion, provide community-led programs, and help Tasmanians access important services,” Mr Barnett said.

“The government is a strong supporter of Tasmania’s 35 Neighbourhood Houses, which is why we are investing $2 million in funding to complete needed upgrades in houses across the state,” he said.

“The new concept plan for upgrades at Derwent Valley Community House will allow for operations out of a single facility, rather than needing to use two sites, as it does now. This is good news for all who use this much-loved service while supporting jobs and the economy in the Derwent Valley,” Mr Barnett said.

Mr Hill said it was hoped the concept plan would be completed this month to enable a development application to be lodged with the Derwent Valley Council early next year and for construction to start next year also.

The Derwent Valley Community House will hold its annual general meeting on December 16.