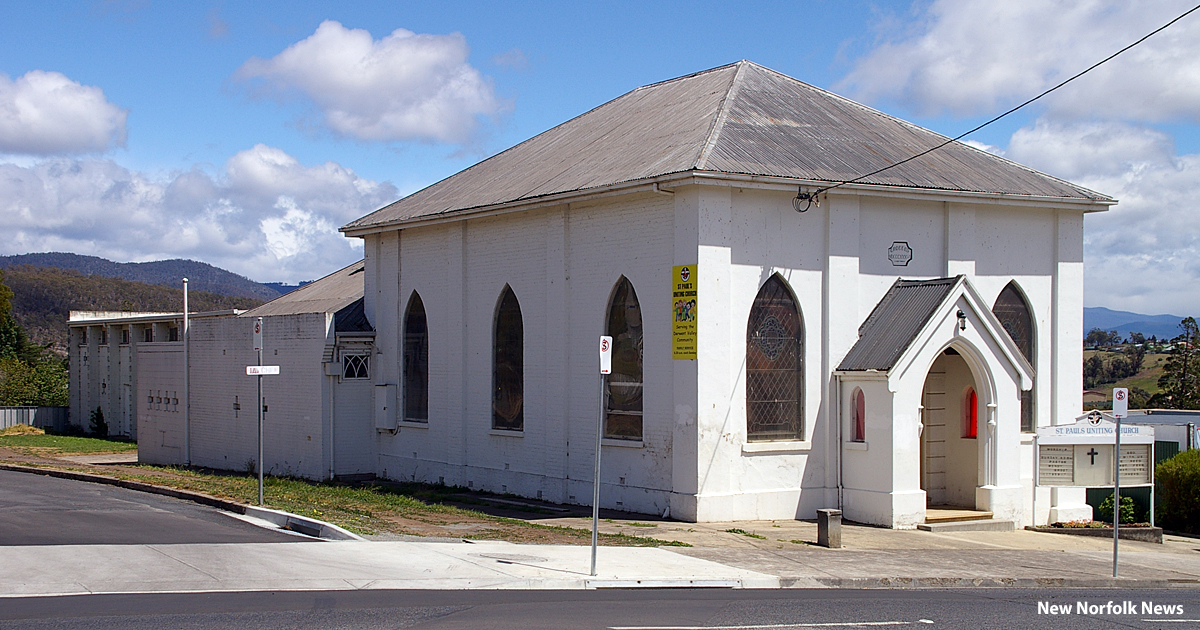 ST PAUL’S Uniting Church at New Norfolk has long been Australia’s oldest former Methodist Church still in use, but from this weekend the mantle will pass to another chapel elsewhere.

After nearly 185 years, the church will host its final religious service this Sunday, with the congregation already having had to find alternative places to worship due to coronavirus public health restrictions. Closure has been on the cards for many years due to declining numbers of worshippers at the Burnett St landmark.

The Wesleyan/Methodist religion arrived in Tasmania in 1820 and services were being held at New Norfolk the following year. Regular services began in 1834, when people would gather under a gum tree that stood the grounds of the New Norfolk State School. A room was soon made available at the Bush Inn for Methodist services until they moved to the local courthouse. 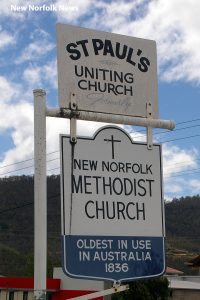 The foundation stone of the present church was laid in November 1835. Services were being held in the building the following year, but the official opening was not until November 1837. Another Methodist chapel was built on Lawitta Rd at Back River in 1838 and is the burial place of Betty King, the first white woman to set foot in Australia.

Many pioneers of the Derwent Valley were Methodists, most notably the hop-growing Shoobridge family, while at least two parishioners became members of parliament and a number served on the municipal council.

After many years of declining numbers in the congregation, the final service will be held this Sunday. With no services having been held at St Paul’s since the start of the pandemic, some of the congregation have already found other churches.

No plans have been made in relation to the future of the buildings – which include the chapel, an assembly hall (1936) and a larger hall with kitchen and toilets (1962) – although it is understood there has been some interest for community purposes.

The thanksgiving service will be held on November 22 at 2.30pm, with a COVID-Safe plan in place. All past and present friends of the church are invited to attend.