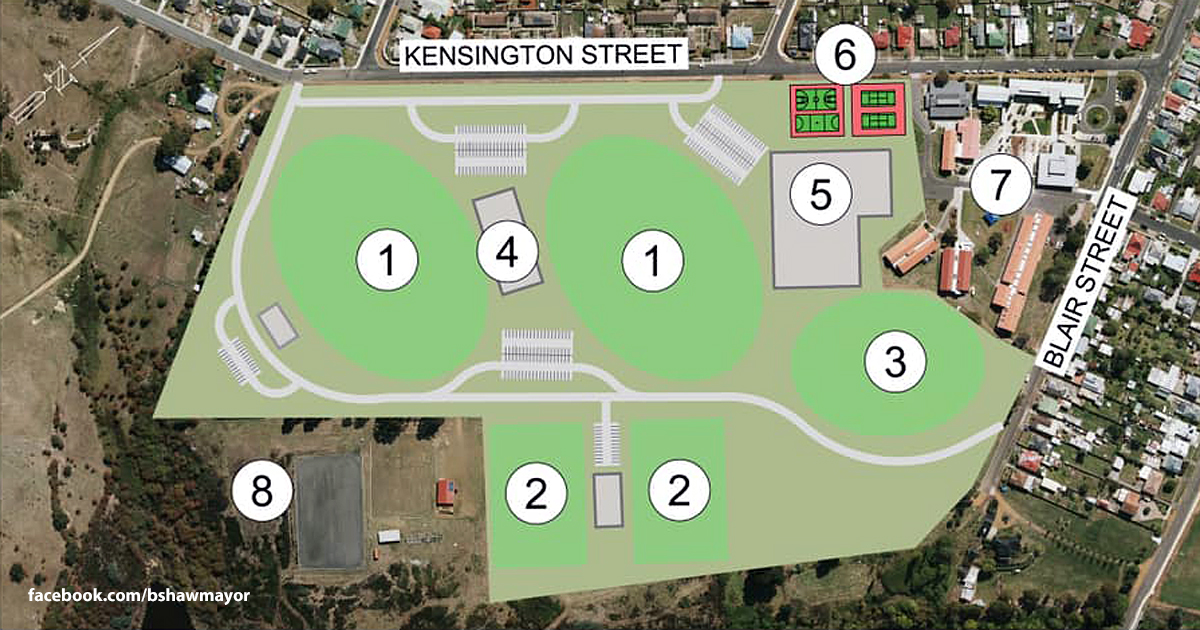 DERWENT Valley mayor Ben Shaw appears to be backing a new horse in a personal campaign to redevelop one of New Norfolk’s sporting facilities. Having long endorsed Boyer Oval for a major upgrade, Cr Shaw will this week ask councillors to get on board his idea to convert the Kensington Park racecourse into a multi-use sports centre.

In a Facebook post earlier tonight, Cr Shaw said he would be asking his council colleagues to back his proposal for the “biggest-ever community infrastructure spend” the region has ever seen, for “a much overdue request for sports and recreation upgrades”.

“This will be a huge boost for sports but also the high school and broader community, with options for an indoor pool and performing arts centre in the school grounds,” Cr Shaw said. “Please note this is a very early stage concept plan, and my personal opinion – not necessarily what a final plan will look like – but if endorsed I intend on pushing it very hard as our community deserve the best.”

Cr Shaw’s notice of motion to tomorrow night’s council meeting contains no costings, but notes he has had personal discussions with the majority of sporting clubs that use council facilities and “they’ve all indicated to me that whilst they love their respective locations and spots they would most definitely consider a move to one central location of given the chance at accessing first-class facilities.”

Cr Shaw’s motion makes no reference to the future of other council -owned sports facilities should his proposal be accepted, nor does it suggest where the horse trainers who use Kensington Park should go. During last year’s Federal Election he welcomed the Australian Labor Party’s continuing commitment to a $2 million sports precinct at Boyer Oval, which he also backed in his campaign for election as mayor in 2018.

In his motion he says the council’s recently-adopted “Recreation Open Space and Play Strategy” highlights the need for a sporting precinct and names Kensington Park as the prime location.

At tomorrow night’s council meeting he will ask councillors to:

The public remains excluded from Derwent Valley Council meetings, which continue to be held behind closed doors under its coronavirus precautions.