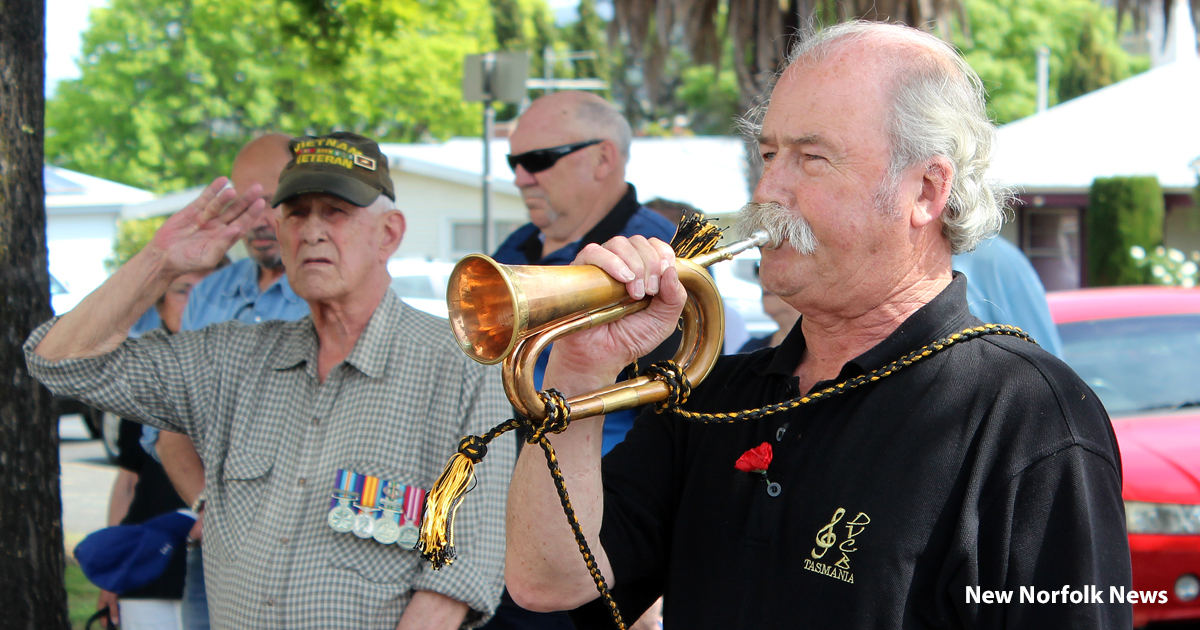 Students join in remembering those who served

A CONTINGENT of students from Fairview Primary School bolstered the numbers at the Derwent Valley’s main Remembrance Day service last Wednesday. The brief service was held in near 30 degree heat in front of the New Norfolk Cenotaph in Circle St. Similar events were held elsewhere, including the Molesworth and Glenora schools.

Master of ceremonies Dale Britten commended the Fairview students on their turnout, including the wearing of hand-made poppies. More than 3000 Tasmanians gave their lives in World War I, and they and all who have served Australia are remembered on Remembrance Day. “We wear this poppy just for the simple reason that we recognise and remember all those people,” Mr Britten said.

Wreaths were laid by the New Norfolk RSL and Derwent Valley Council, and tributes were also placed by the Fairview Primary School students. The Reverend Celia Hooker led the prayers and acknowledged the bravery and self-sacrifice made by Commonwealth forces so that we may live in freedom.

Originally called Armistice Day, Remembrance Day commemorates the truce that ended World War I, and all those who died in that first global conflict. This year the event had special significance due to 2020 being the 75th anniversary of the end of World War II – a milestone that was unable to be observed on Anzac Day due to pandemic public health restrictions.