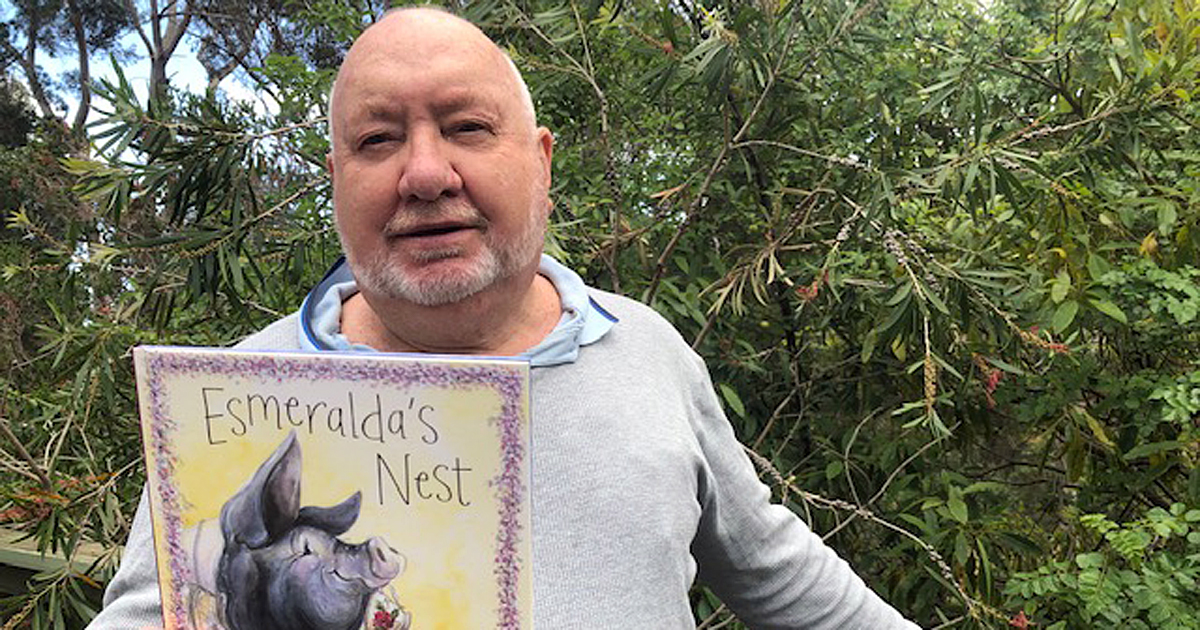 A HOUSE pig from Lachlan is the star of the latest work by former Derwent Valley author Robert Moore. The picture book Esmeralda’s Nest is a tribute to life on a local farm where ‘Esmeralda’ was regarded as one of the family.

Moore, who grew up on a hop and raspberry farm at Lachlan, has worked as a teacher, actor, artist and author in South Australia for many years. His first children’s book, Raspberry Rat, was published in 2003, but he has published a number of titles across several genres.

Esmeralda’s Nest was released during Book Week in October and is based on a pig that lived on the Moore family farm. Aimed at children aged 4-8, the book has been well received and has been nominated in the Children’s Book Council of Australia’s awards for 2021. A local launch of the book in Tasmania has been delayed due to coronavirus public health restrictions.

“Although I now live in South Australia I wanted to capture the authenticity of the environment on which this story is based,” Moore said. “Most of my books have a Tasmanian setting, and I taught at New Norfolk Primary and Fairview Primary,” he said. “In 1973 prior to leaving Tasmania to study educational drama in the UK, I directed Pyramid ’73 which was presented in the Royal Derwent Hospital Theatre.” 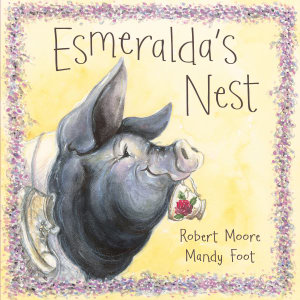 Saddleback sow Esmeralda spent her weaner days in a large pen. This was moved each day between hop vines where a fodder crop of grey peas was the pig’s diet. But Esmeralda was soon able to freely roam with sheep and cattle. “She always had an ear for the rattle of the bucket carrying barley and milk that I fed her each day before school,” Moore said.

The story of Esmeralda’s Nest starts when she is ready to give birth to her first litter. For a week, she is seen waddling up and down a hill, carrying a variety of objects in her mouth. These include a bottle from a waterhole where she has had a mud bath, a pair of sneakers, and some wisteria. Meanwhile the farmer and his children are trying to encourage Esmeralda to use a pen especially built for her. But an instinctive preference which only Esmeralda knows encourages her to stick to her journey up and down the hill, to build her nest.

In 2018, Adelaide publisher MidnightSun made an offer to publish Esmeralda’s Nest as a picture book, which has since been illustrated by Mandy Foot. “I wanted to set Esmeralda free. Mandy has done just that with her depiction of the layers of emotion experienced by both animals and people in this story,” Moore said.

Moore still has family in Tasmania including his educator sister Frances and their radio-personality cousin Richard Moore. Some of his other works include the children’s books Raspberry Rat, Map, About Face and Noelene Knows Best; and adult titles Pecking Disorder and Hard Pressed.