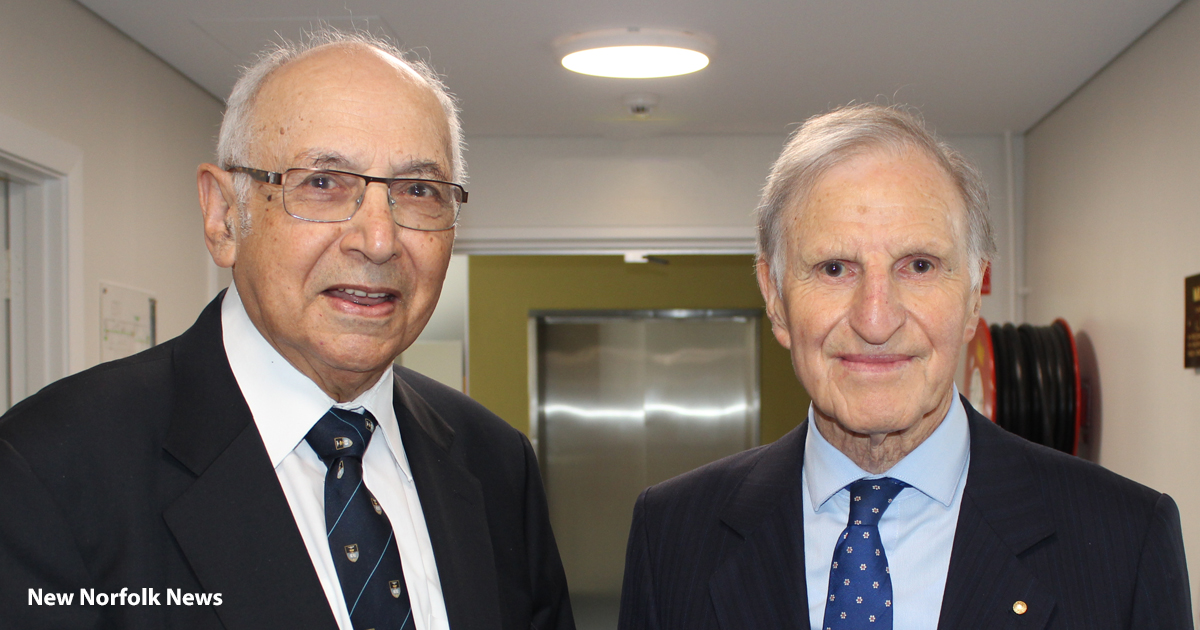 Tribute books for messages to our retired medical men

A COMMUNITY-BASED campaign is under way to compile tribute books for two doctors who collectively provided more than a century of service to the people of the Derwent Valley.

New Norfolk resident Anne Salt suggested to Derwent MLC Craig Farrell that tribute books might be a way for community members to write short messages in appreciation for the service and support given to so many by doctors Micheil Sweet and Ralph Peters.

Both men retired in November last year, after 60 years of local service by Dr Sweet and 51 years by Dr Peters. The men, who both continue to live at New Norfolk, were both awarded the medal of the Order of Australia for their service to the community.

Mrs Salt said it was fitting for people to be able to show their appreciation for the two doctors and the many decades of care they had given. To this end, two books will be available at Mr Farrell’s electorate office at 60 High St, New Norfolk, until December 23, for anyone who would like to write a message for one or both doctors.

The tribute books will be presented to the doctors in the new year.