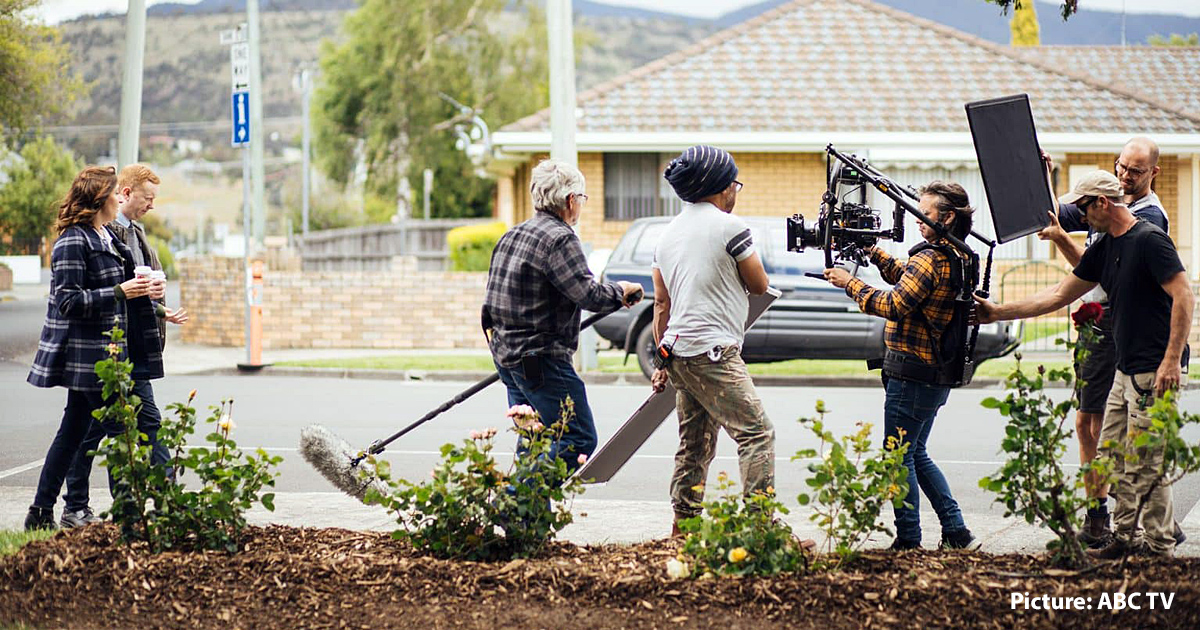 Cameras ready to roll on fifth season of Rosehaven

FILMING will start next month on the fifth season of the ABC-TV comedy series Rosehaven. Season five will be in production for seven weeks across southern Tasmania, employing more than 70 Tasmanian cast and crew members and generating more than $2 million for the local economy.

“I am excited to announce our government’s support of the fifth season of the hit, Logie-winning comedy series, Rosehaven, investing $500,000 through Screen Tasmania towards the production of the new season, scheduled to begin shooting in February,” Arts minister Elise Archer said today.

“Filmed entirely in Tasmania, Rosehaven has charmed audiences across the country since its debut in 2016, and has since become one of the ABC’s highest-rating programs,” Ms Archer said.

Derwent Valley locations have featured prominently in the first four seasons of Rosehaven. New Norfolk was front and centre in the debut season, with the show’s central location – McCallum Real Estate – being established in a vacant shop in High St. This resulted in the town’s central business district frequently appearing on-screen as the fictional town of Rosehaven. In the first two seasons, a house at Lachlan served as the home of key characters Daniel McCallum (Luke McGregor) and his mother and employer Barbara McCallum (Kris McQuade).

The unavailability of those locations in subsequent years saw the real estate office scenes filmed at Oatlands for two seasons, and then at Richmond. In a storyline that saw Daniel move into a home of his own, shared by his best friend Emma (Celia Pacquola), a house in Pioneer Avenue was used in seasons three and four.

Significant filming has taken place at Geeveston in all four seasons, as well as other locations throughout southern Tasmania. There will be much interest in the locations chosen for season five. In this season, having defeated the first agent that tried to encroach on McCallum Real Estate’s territory, Daniel and Emma will be content for things to go back to normal.

But Barbara is keen for them to take on more responsibility for the business. Could this be the year she finally retires? Meanwhile Daniel is regretting breaking up with the love of his life, and Emma finally gets what she’s always wanted – a Rosehaven-based nemesis.

Co-creators and lead actors Pacquola and McGregor are excited about the fifth season. “In 2015 we knew we wanted to make a TV show, but we had no idea what to write about, and we were extremely worried no one would want to watch whatever we came up with,” they said.

“Now we’re getting to make a fifth season, we will allow our very self-deprecating comedian brains to feel a tiny amount of pride that we’ve made a good thing. But having said that, we already feel arrogant so we take it back and apologise for getting a big head there for a second.

“Thank you to everyone who helped us get here, and a huge thank you to Tasmania for being such an awesome state to film in – from the amazing crew and actors we’ve found here, to the beautiful locations and local cuisine we get to eat on the weekends – we wouldn’t want to film anywhere else,” they said.

Ms Archer said the Tasmanian Government had now invested a total of $2.45 million in five seasons of Rosehaven, and about 500 Tasmanian cast and crew had found work on the show. “In addition, 36 emerging Tasmanian screen practitioners have also gained valuable experience and skills working on the production through training attachments,” she said.

“Our ongoing commitment to Tasmanian screen production has enabled the screen industry to strengthen its capacity to develop new stories and service productions on the scale of Rosehaven, ensuring Tasmania’s unique stories, landscapes and people continue to intrigue, engage and entertain audiences around the world.

Screen production has proven itself to be very COVID-safe, and this was evident at today’s Rosehaven rehearsal at the Theatre Royal. It is a natural fit for a responsible industry like screen production to seek to work in a COVID-safe environment like Tasmania,” Ms Archer said.