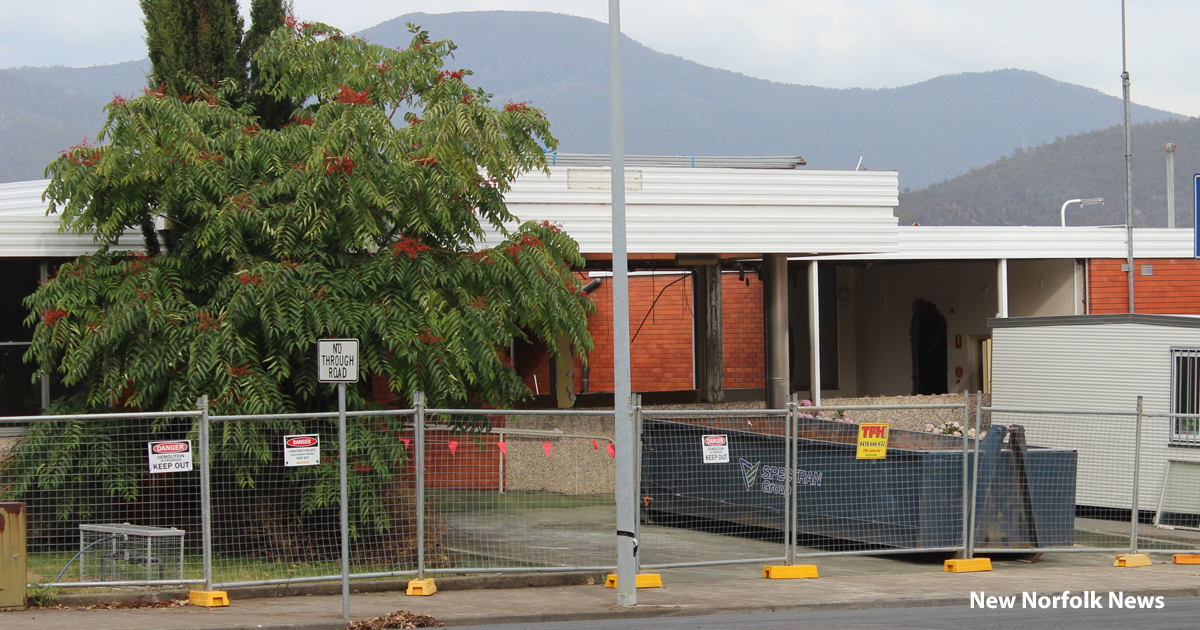 Police station demolition gets under way

DEMOLITION of the New Norfolk Police Station has begun in earnest this week. The Bathurst St site was vacated nearly a year ago when police and Service Tasmania staff relocated to temporary accommodation in the town’s former ANZ bank.

Police minister Mark Shelton today said the current station was being demolished to make way for a $5 million “contemporary, fit-for-purpose” police station to be built on the same site.

“It is fantastic news that the growing Derwent Valley community will soon have a new police station with greater capacity to support the area’s policing services into the future,” Mr Shelton said. “Remote and country area policing is a vital part of the way Tasmania Police deliver policing, and this new station will ensure our officers have the facilities needed to undertake their work.”

Mr Shelton said the firm of Hansen Yuncken had been awarded the tender to build the new station, with design works completed by HBV Architects. “The project has also provided a significant boost to the Derwent Valley economy and will create more than 40 construction jobs when the fit-out work commences.

“Police from the old station have moved into temporary premises in New Norfolk while the demolition and construction phases of the project take place, enabling the continuity of policing services in the Derwent Valley,” Mr Shelton said.