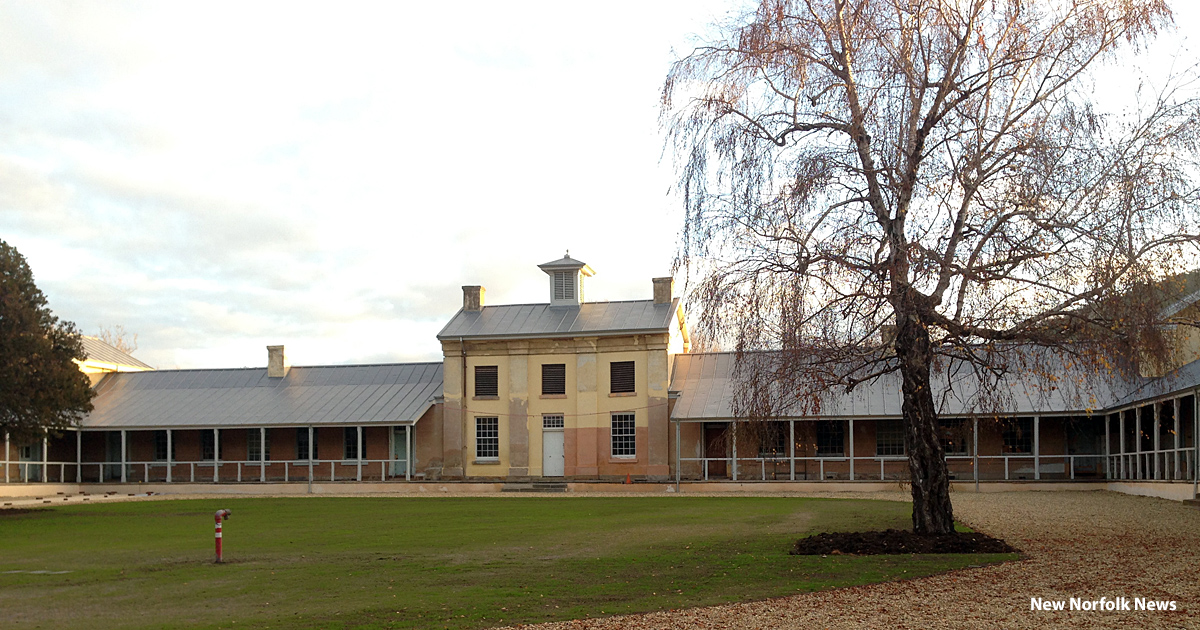 THE Willow Court Barracks are expected to open for their first exhibition as soon as next month, following today’s official handover to the Salamanca Arts Centre. Following lengthy negotiations, it has been announced that the Derwent Valley Council has leased the 190-year-old former hospital building to the arts body.

Handing over the keys this morning, the council said the agreement would allow Salamanca Arts Centre (SAC) and Derwent Valley Arts (DVA) to use the landmark New Norfolk building for an ongoing community arts and cultural events program that would develop a strong ongoing arts presence in the area and help to continue activation of the Willow Court precinct.

Salamanca Arts Centre chief executive Joe Bugden said he was thrilled that the agreement would enable SAC and DVA to begin developing a community arts program in the historic building. “In October 2018 I was contacted by Nathan Males from Derwent Valley Arts, to discuss the idea of a partnership between Salamanca Arts Centre and DVA to work with Derwent Valley Council to see how, together, we could utilise the empty buildings at Willow Court,” Mr Bugden said.

“The process is a reminder that achieving a vision takes time. But it is also a reminder that things do change over time. Salamanca Arts Centre’s beginning, in certain ways, resembles that of the Barracks, and now SAC has been operating for more than four decades,” he said.

“One of the things that has motivated me throughout the last two years has been to imagine what the Barracks at Willow Court will be once it is re-born through the stories, the art, the theatre and music of those individuals and groups who will now be able to be part of the Barracks’ new future. My hope is that young people now living in the Derwent Valley area, will grow up having many positive experiences of the Barracks, that come about from what participation in art and cultural activities can offer.”

Mr Bugden said the first exhibition to be born out of the partnership would be a visual arts exhibition which is expected to open in February. Derwent Valley Arts would co-ordinate the exhibition, featuring works by local artists.