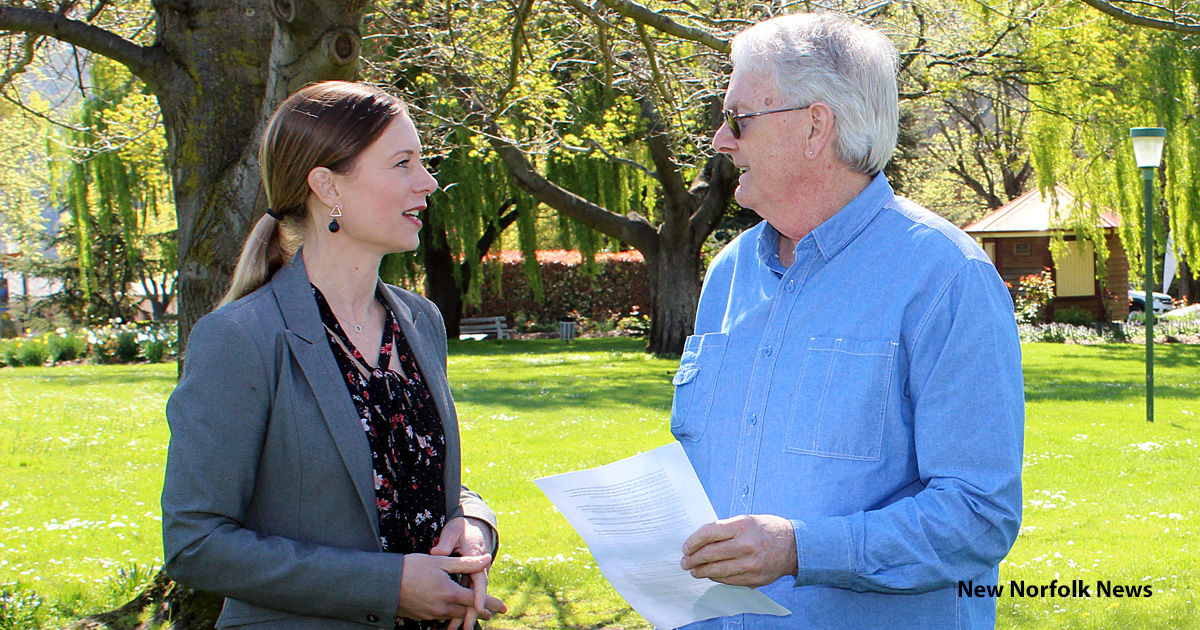 UPDATE: These meetings will now be held at the New Norfolk RSL Club function room in Tank St, New Norfolk.

A RENEWED effort is being planned in the ongoing campaign to convince the State Government of the need for improved medical services in the Derwent Valley. Four public information sessions will be held later this month to endorse a new community petition.

A petition organised by New Norfolk’s Bill Dermody collected about 2000 signatures last year, but more than half were struck off because of technicalities with the formatting of the document. Despite this hiccup, the government told New Norfolk and Derwent Valley News that it was listening to local concerns and had made improvements to health services in the district.

Mr Dermody (pictured above with State Opposition Leader Rebecca White) said the government’s response showed a lack of understanding of the issues affecting the provision of medical/health services in the Derwent Valley/Central Highlands communities. He cited the following issues:

“Following the tabling of the previous medical/health petition in parliament, to which there was little and non-positive response, I have been posting Facebook updates as to where the petition was at and any responses,” Mr Dermody said.

“During this time, many people reacted to the postings and when it was clear what the petition was calling on the State Government to do to address the lack of medical/health services in the Derwent Valley, many were asking me to do another petition by holding community meetings to have it endorsed and run by the community,” he said.

Mr Dermody said the office of the Federal Member for Lyons, Brian Mitchell, had provided the appropriate form of petition required. “I have organised the four meetings to be held in the social room at the Derwent Valley Council Chambers on Saturdays the 13th and 20th of February at 11am and noon,” he said.

The staggered meeting times will comply with COVID-Safe requirements while also providing an opportunity for people to attend while visiting the New Norfolk Market. “Those who attend and wish to have petitions provided so they can obtain signatures, can provide details on the day so I can organise for this to occur. I am looking forward to meeting with the community to discuss, endorse and run the petition,” he said.