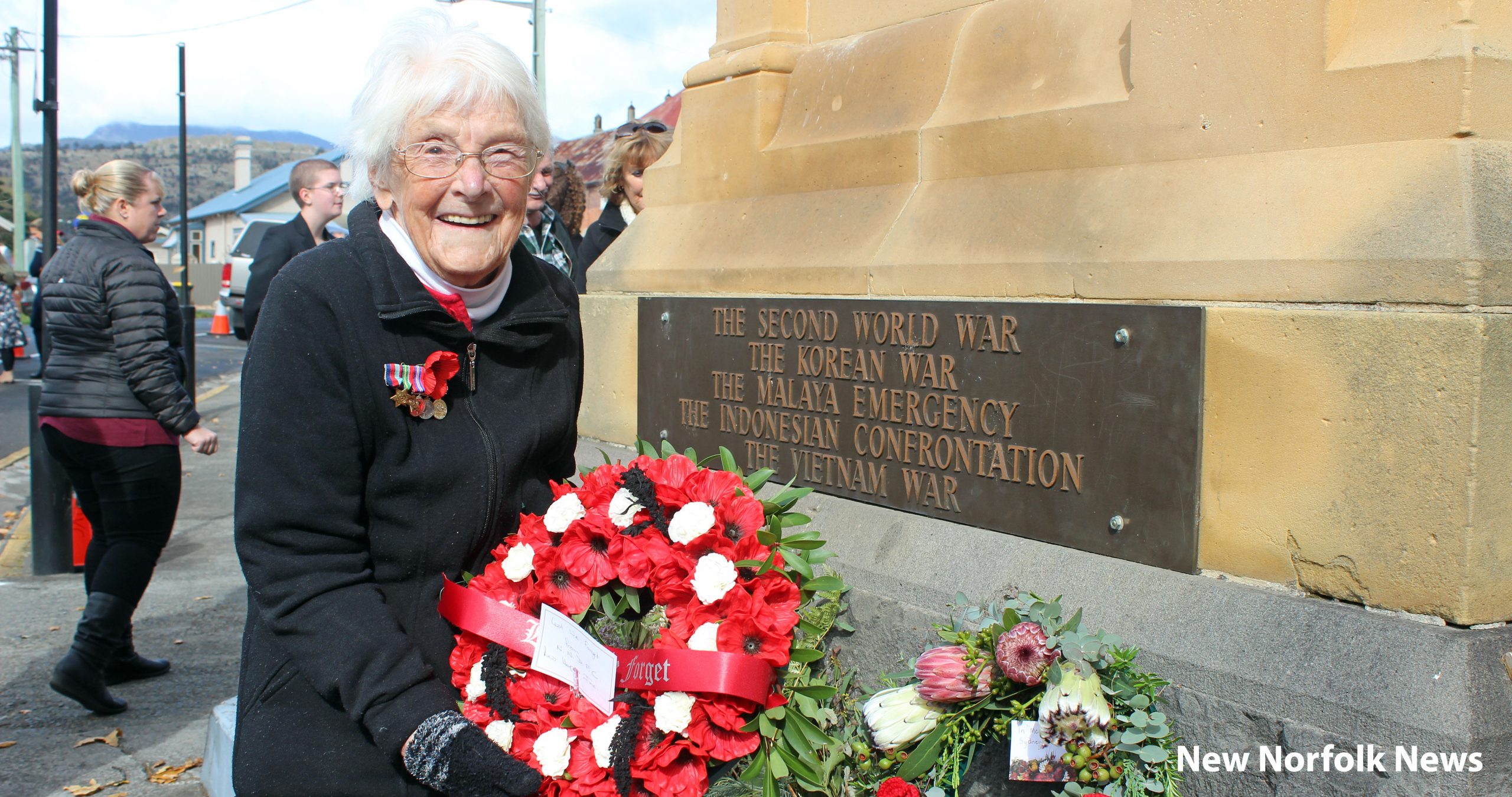 A LOCAL ex-servicewoman dressed in the uniform of the famous Australian Light Horse was an unexpected highlight of New Norfolk’s main Anzac Day service yesterday. A last-minute addition to the program, Kristie Carmichael and her horse Sonny led the short march by veterans at the start of the service.

While the usual parade up High St fell victim to coronavirus public health regulations, a crowd of about 300 welcomed the small group of veterans as they marched from the RSL Club to the Circle St Cenotaph, via Tank St. The marching section of the Derwent Valley Concert Band played from a fixed position on the council chambers lawn and the crowd applauded as the veterans formed up in front of the memorial.

Ms Carmichael, of Malbina, spent five years in the Royal Australian Navy and has been riding horses since she was a child. Prior to returning to the Derwent Valley, she and Sonny were part of the Light Horse Troop in Gatton, Queensland.

The Reverend Celia Hooker spoke and led the prayers at the 11am service, before Legislative Council president Craig Farrell gave the address and made a special mention of music that would be performed by the Derwent Valley Concert Band later in the service. Ahead of Anzac Day last year, the band commissioned the transcription of a work by the Australian composer and pianist, Frederick Septimus Kelly. The cancellation of last year’s public Anzac Day commemorations delayed its debut until this year.

The music, titled Elegy: In Memoriam, Rupert Brooke, was composed while Kelly was under fire at Gallipoli in 1915. It is a memorial to his close friend, the English poet Rupert Brooke. They had sailed together for Gallipoli, but Brooke died of sepsis on the way and was buried on the Greek island of Skyros. Kelly survived Gallipoli but was killed in France at the Battle of the Somme in 1916.

Now transcribed for use by wind bands, the music was played by the Derwent Valley Concert Band while Anzac Day master of ceremonies Rodney Bester read the names of those from the Derwent Valley municipality who lost their lives in World War I and II. See the video below.

The St Matthew’s Singers were in fine form, accompanying the several hymns and the national anthem. Derwent Valley Concert Band bugler Arthur Jones sounded the Last Post and Reveille. Wreaths were placed on the Cenotaph from a representative section of the community, including acting mayor Jessica Cosgrove on behalf of the Derwent Valley Council.

Earlier, about 200 people attended New Norfolk’s Dawn Service. Good numbers were also reported at the Gretna and Maydena Dawn Services, and another held at Fentonbury’s newly restored monument. Central Highlands mayor Loueen Triffitt said attendances had been pleasing at the 11am services held at Hamilton and Bothwell.