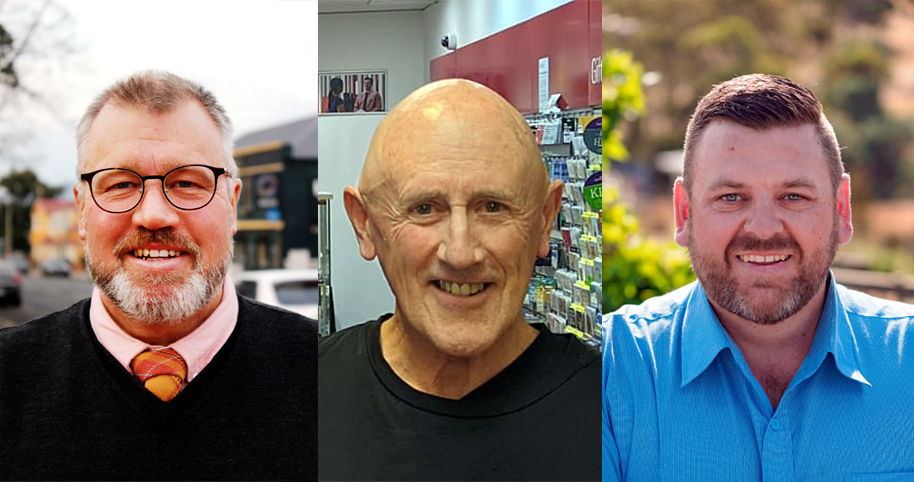 Meet the candidates for Derwent

THREE candidates are contesting the Legislative Council seat of Derwent in the elections being held on May 1. The election is the first since revised Upper House electoral boundaries came into effect in 2017. The change means that Derwent once again incorporates the whole of the Central Highlands and Derwent Valley municipal areas.

It also includes the Brighton Council area south of Brighton township, including Bridgewater, Gagebrook and Herdsmans Cove. Also in Derwent is that part of the Glenorchy municipality north of Berriedale Rd, including Granton, Austins Ferry, Claremont and Chigwell.

Derwent is one of the oldest of the 15 electoral divisions in the Legislative Council, which is the upper house of the Tasmanian Parliament. The history of the seat can be traced to the granting of responsible self-government to Tasmania in 1856.

The first member for Derwent, Royal Navy captain William Langdon, of Bothwell, was elected unopposed and served until he retired in 1871. At the 1859 election, The Mercury urged its readers: “The Derwent election takes place this day, and we hope that every elector in the district will register his vote in favour of their old and well-tried representative, Captain Langdon.”

In the 165-year history of the seat, there have been only 10 sitting members. The second was Walter Angus Bethune Gellibrand, of Ouse, who held the seat from 1871-1901, and served as president of the Legislative Council for a time. He was defeated in 1901 by Ellis Dean, the mayor of New Norfolk, who held the seat until his death in 1920.

New Norfolk-born agriculturalist Louis Manton Shoobridge, senior, was elected in his place, holding the position until he retired in 1937 and was replaced by his son, Rupert Shoobridge. Knighted in 1947, Sir Rupert served until 1955 and was also elected president of the Legislative Council.

New Norfolk barrister and solicitor Joseph Dixon served two terms as the member for Derwent, 1955-61 and 1967-79, interrupted by Don Marriott who served one term (1961-67) and was the first endorsed Labor candidate to hold the seat. English-born Mr Dixon was unseated by another Labor candidate in 1979, when Charles Batt was the clear winner.

The three candidates were invited to submit statements for publication by New Norfolk and Derwent Valley News. 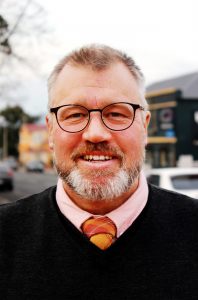 CRAIG FARRELL MLC, parliamentarian, of New Norfolk: The Legislative Council election is just around the corner and I am continuing to work hard for the electorate of Derwent and our communities. As the local member for Derwent, I have always listened, cared for, and stood up for our community. I pride myself on being open, honest, and dealing with everyone in a respectful and understanding way. I have been a strong voice for those who I represent, but more importantly I have been an active listener. A strong voice is no use if you don’t listen to the people. Decisions need to be consultative and reflect the majority views. I played an active role in the community long before I was elected as the Member for Derwent. I have been a long-term member of service clubs for well over 20 years. I served on the Valley Vision Board and the Corumbene Board for the years during the construction of the facility that we have now. I am a founding member of the Derwent Valley Railway and was the president of this group when we started trains running to National Park. Many will remember that I served almost 10 years on the Derwent Valley Council, including two years as Deputy Mayor. The Derwent electorate – from the top of the Central Highlands down to Hobart’s Northern Suburbs – has so much potential. There are many job-creating opportunities in primary industry, tourism and small business of all descriptions. Our environment must be protected through proper management practices and we must be able to access our natural renewable resources in an efficient and safe manner. The future is in renewable products and Derwent has an abundance of water for irrigation and energy generation, timber for building and paper production, primary produce and most importantly, a growing number of people to live and work in this region. One of the most satisfying parts of my role is being able to assist people with day-to-day issues, particularly in health, housing, education, and employment. I will continue to stand up for what is right and work towards the best outcome for the Derwent electorate. I have represented this community for a decade and during that time I have been the Leader of the Government in the Upper House, and I am currently the President of the Legislative Council. I am driven by getting the best for our community, not by my own self-interest. I will continue to stand up for what is right and work towards the best outcome for the Derwent electorate. This election is about who will deliver the best outcomes for Derwent in the Legislative Council. Please support me with your Number 1 vote so I can continue to support you. Thank you. 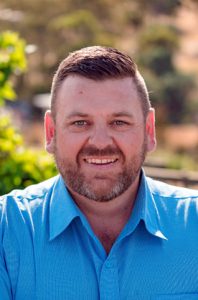 Ben Shaw, mayor, of Lawitta: For Tasmania, this election on May 1 is about who can deliver the strong, stable, majority government needed to secure Tasmania’s future. The only way to deliver the certainty the Derwent Valley needs is to re-elect a majority Gutwein Liberal Government In Derwent, this election will also be about who can give our community a strong voice in Parliament and who can deliver real results for the Derwent Valley and Central Highlands. As a member of a majority Gutwein Liberal Government, I would be a strong voice for our communities, and have a seat at the table to advocate for and deliver real results for our region. Since being on council I have worked with the Liberal Government to deliver outcomes for the Derwent Valley such as the Glenora Rd upgrades, new rowing club complex at the Esplanade and the revitalisation of Maydena through the bike park. If elected, I would continue working with Peter Gutwein’s team to secure Tasmania’s future, delivering a more diverse and resilient economy, securing essential services and ensuring that our young people can get the training needed to secure jobs right here in the Derwent Valley. Already, we have announced that a majority Gutwein Liberal Government would establish a new Jobs Hub in our region based near Brighton to help bring local industry and local workers together to address barriers to work, including skills and transport. I’m proud to have helped lobby for this in my role as chair of the South Central Workforce Development program. Tasmania needs the certainty that a strong, stable majority government can provide, and the Liberal team are the only ones who can deliver it and secure Tasmania’s future. I’ve lived and breathed the Derwent region my whole life, growing up in Fairview, leaving school at 15 before working at Norske Skog. Through hard work, I was elected mayor of the Derwent Valley, meaning I truly understand this region and its people, and I want to provide a stronger voice for them. I’ve proven I can lead through my time in local government and demonstrated that I am committed to our community through my work with groups such as the New Norfolk Football Club, Gretna Cricket Club and Derwent Valley Community House, to name a few. I would also champion critical legislation which has been stalled by the current Legislative Council, such as stronger workplace protection laws to ensure that our timber workers are safe, along with guaranteed jail time for child sex off enders. Only a majority Gutwein Liberal Government can provide the leadership needed to secure Tasmania’s future. 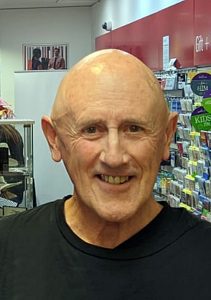 Ivan Davis, retired, of Claremont: I grew up on Kangaroo Island farming sheep, dairy cows, beef cows, goats and pigs, as well as cropping oats, so I understand a bit about farming. Surrounded by a national park, I also know a bit about wildlife and how that issue affects people on the land. I am willing to front up to that challenge and the challenges posed by climate change. These issues demand change from everybody and the Animal Justice Party (AJP) is a spearhead of that change. Many people believe animals deserve better protection under law but have questions about the AJP. Here are some answers: 1. The AJP is a political party registered throughout Australia.
We aim to give animals and the environment a political voice. 2. We are not a single-issue party. We have policies on animals, the environment, and humans. AJP elected representatives are guided by the core values of kindness, equality, rationality, and nonviolence for decisions not covered by party policy. 3. Rather than “wasting” your vote by putting AJP #1, you actually double it! If I’m not elected, your vote flows to the person you put second. Whoever that is will say “thank you AJP” and take note of your interests. AJP is in a position to demonstrate that animals matter to people, and laws affecting them and our environment need serious attention from those in power. My big motivator to become involved in politics was violence. My passion about this issue may stem from experiences early in my 23-year Army career. Statistics on domestic violence in particular are appalling: one in five Australian women will experience sexual violence. Every year about 50 women and 12 men die in the domestic violence context. These statistics are horrific. There is no doubt that violence of any sort helps violence be normalised. As your representative in parliament, I can do something to make a difference. I can continually expose all violence in our society whether it be within industrial animal agriculture, the domestic violence sphere, or elsewhere. I can push for laws to recognise and act on the link between animal cruelty, threats of cruelty, and domestic violence. A few people in big businesses with vested interests will pay big money to convince you that violence is necessary. They won’t call it violence, but it is. It is not necessary, and we pay a high price allowing it to continue. If non-violence and kindness towards animals and people is important to you, Vote 1 AJP, Ivan Davis for Derwent.