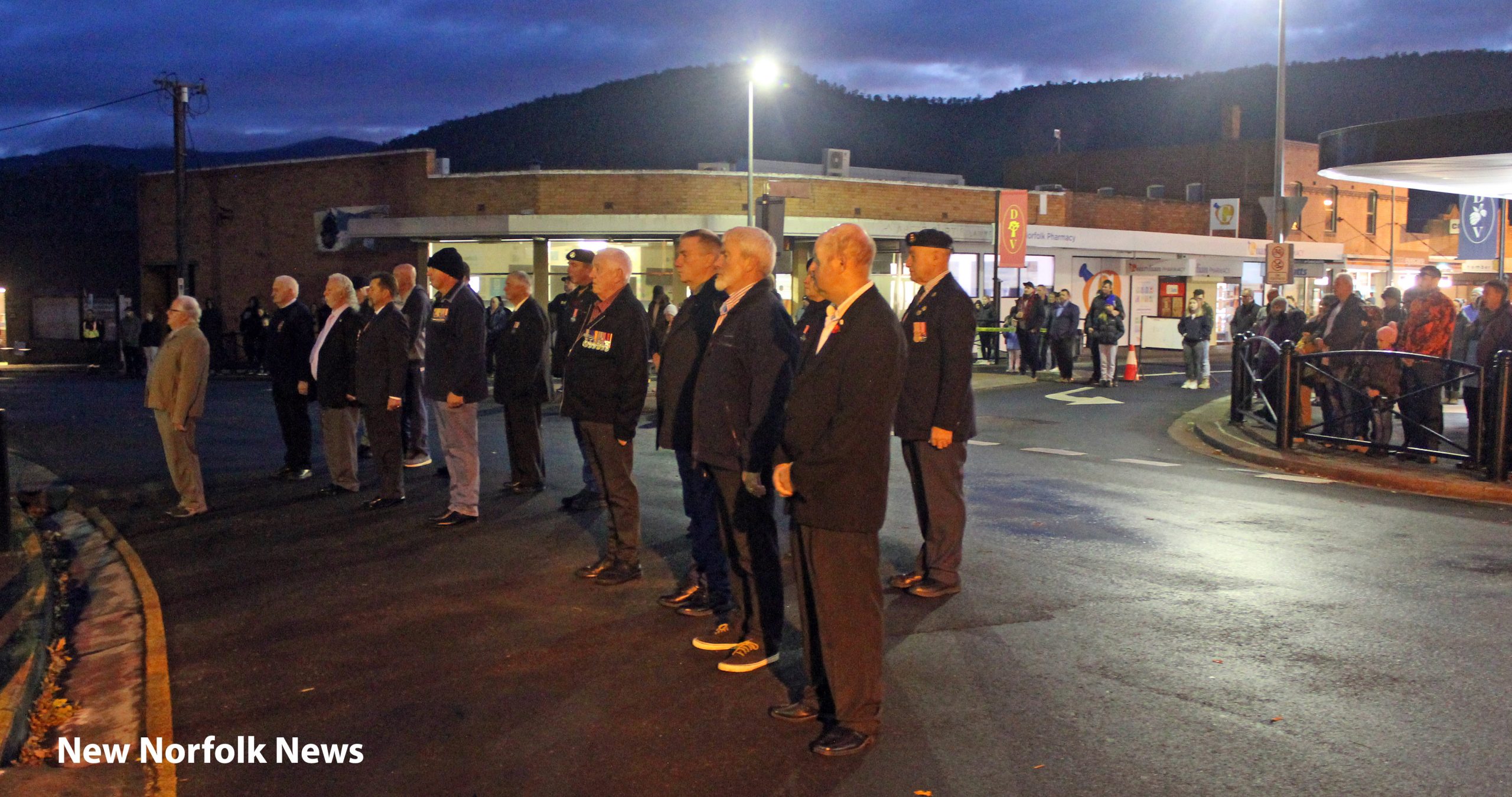 The Derwent Valley remembered at dawn

ANZAC Day Dawn Services have been held this morning at New Norfolk, Gretna and Fentonbury, with 11am services to follow at New Norfolk, Bushy Park, Hamilton and Bothwell. At New Norfolk, parade marshal Dale Britten led about 20 local veterans on the short march from the RSL Club to the Cenotaph in Circle St, where a crowd of about 200 people was assembled.

A number of wreaths were laid on the Cenotaph, with acting mayor Jessica Cosgrove placing a tribute on behalf of the Derwent Valley Council. A hand-made bush wreath was placed by the Kelly family in memory of their ancestor Clarrie Read. The number of participants in the march to the Cenotaph was greatly reduced due to coronavirus public health regulations.

The newly-restored World War I memorial at Fentonbury hosted its first Anzac Day service in many decades. Among the 21 people present was Pauline Browning, 85, attending her first Dawn Service. Four wreaths were placed on the monument, including one from the Central Highlands Council, which had funded the restoration. Photos of the town’s three soldiers killed in World War I were located by researcher Gerry Ygosse and placed on the monument for the occasion. Stefan Frazik led the proceedings and Sandra Clark recited the Ode to the Fallen.

Picture: Veterans assembled at the New Norfolk Cenotaph for the Anzac Day Dawn Service this morning. More photos to follow.