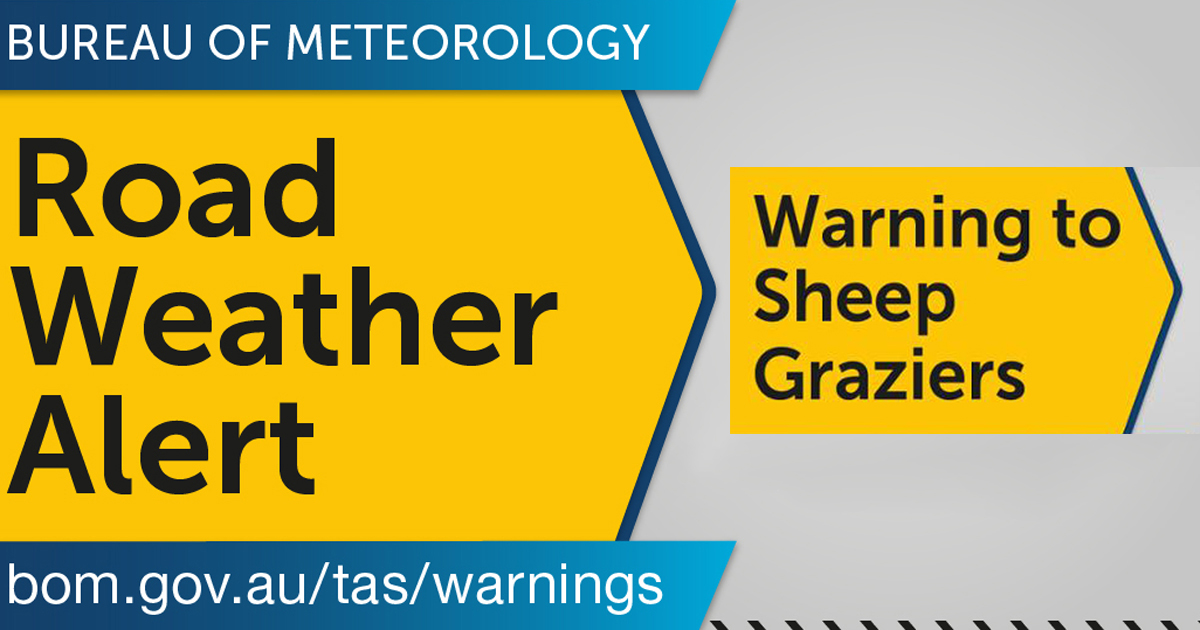 THE Bureau of Meteorology has updated its road weather alerts and sheep graziers’ warnings effecting the Derwent Valley and several other Tasmanian forecast districts.

Snow covered roads with snowfalls to 200 to 400 metres on Sunday and falls to 600 metres early Monday will make driving conditions dangerous in parts of the North West Coast, Western, Central Plateau, Upper Derwent Valley and South East forecast districts. For information on any road closures, please contact your local council or the Police. The next alert will be issued by 11pm Sunday.

Sheep graziers are warned that cold temperatures, showers and strong westerly winds are expected during Sunday and early Monday. Areas likely to be affected include the King Island, Furneaux Islands, Central North, Midlands, East Coast and Upper Derwent Valley forecast districts and parts of the North West Coast, North East and South East forecast districts for Sunday, and for the South East district only early Monday. There is a risk of losses of lambs and sheep exposed to these conditions. The next warning will be issued by 11pm Sunday.