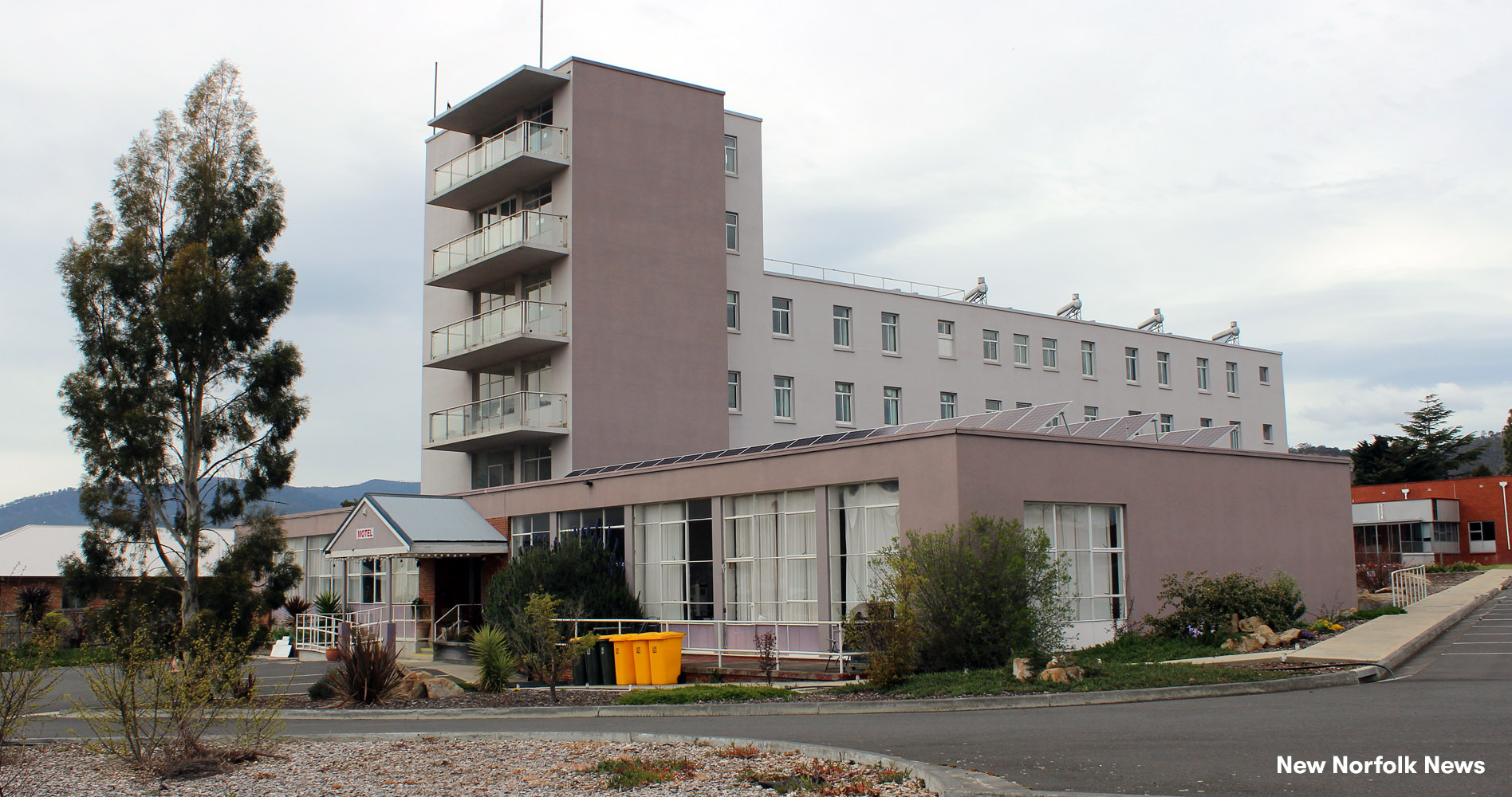 The multi-storey motel was built as a nurses’ home in 1961 and the social centre opened in 1966. In a statement, Noble Ventures director Roger Noble said it was planned to transform the site into an education and training campus.

The social centre has been largely unused for the last 15 years but the nurses’ home was operating as a motel until recently. Its six-storey tower makes it the tallest building in New Norfolk and a landmark on the former hospital site. The two buildings are joined by a covered walkway.

Mr Noble said he envisioned that  the campus would deliver a range of tertiary qualifications from a mix of providers including TAFE, registered training organisations and industry trade schools. It is understood that the properties have been acquired from the Sadri brothers who until recently owned much of the former Royal Derwent site.

Noble Ventures’ previous purchases on the site include the Gateway Estate which is now being marketed as The Mills, and they also propose to build a retirement village, hotel and child care centre.

The social centre includes a theatre/cinema with nearly 300 seats, as well as a commercial kitchen, cafeteria, basketball court, swimming pool, gymnasium, conference rooms and dining areas, as well as smaller rooms once used as a kiosk, hairdressing salon and dental surgery.

“The property’s current attributes make it the perfect candidate to host a range of education and training providers without the need to start from scratch building wise, providing a quickly achievable solution to skills and training shortages in the area,” Mr Noble said.

“Our vision builds on our commitment to invest in infrastructure and amenities to support population growth stimulated by The Mills project and generate enhanced socio-economic outcomes for the region,” he said.