Skip to content
PrevPreviousLocal roadside help when you need it
NextIn the News: Celebrating Pauline’s gift of givingNext 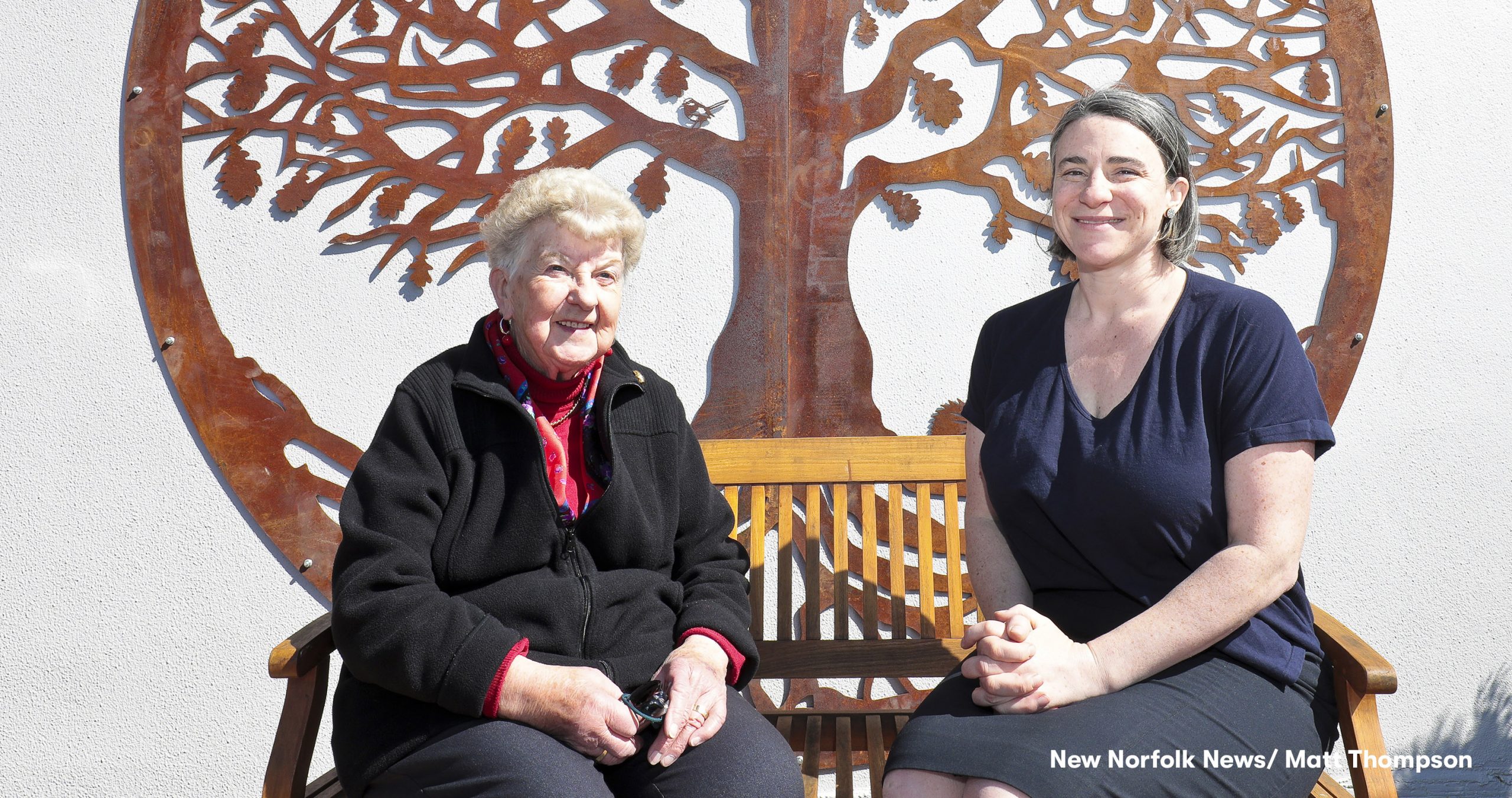 THE role of volunteers remained central to the successful operation of Corumbene Care at New Norfolk, chief executive Damien Jacobs said recently. Mr Jacobs was speaking at the unveiling of a silhouette artwork at the facility in Lower Rd, acknowledging 55 years of the Corumbene Auxiliary and other volunteers who support the home.

Auxiliary president Irene Barnes said the tree of life artwork had been commissioned and funded by the auxiliary, along with two storyboards nearby. The unveiling was done by Derwent MLC Craig Farrell and Corumbene Auxiliary founding member Margaret McMaster who was described as a living legend by several speakers.

“Corumbene Care only exists because of the generosity and vision of that group that was established back in 1966,” Mr Jacobs said. “Margaret has been committed to the purpose of the auxiliary for 55 years, which is extraordinary,” he said. “She has supported an immeasurable level of fundraising support, not to mention the smiles that she’s generated within Corumbene and the community through her generosity, caring and giving.”

The artwork was designed by Jack and Jessica Perry and the storyboards by Derek Jones.